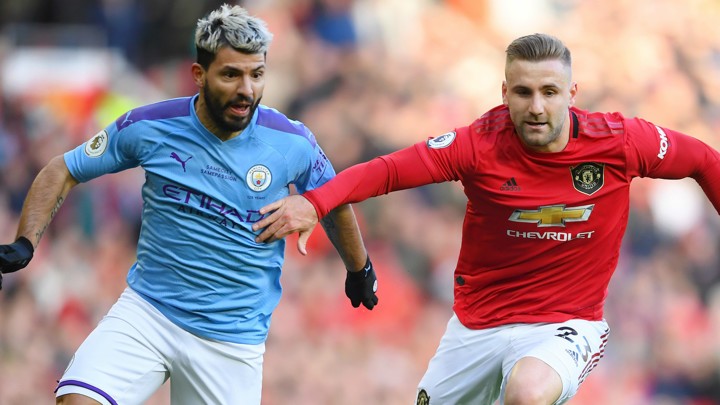 Usually, when two teams meet in the Premier League or any domestic competition, the home team play in their home colours, while the visiting team theoretically play in their away colours.

However, there is a problem with this if, for example, the away team's second kit is the same colour as the home team's first kit - therefore creating a kit clash.

It is crucial that players from opposing teams wear different coloured shirts so they are able to distinguish themselves from one another correctly.

Premier League rules state: "When playing in league matches the players of each participating club shall wear a strip which is of a sufficient contrast that match officials, spectators and television viewers will be able to distinguish clearly between the two teams."

If an away team's second kit is the same colour as the home team's home kit, they would be made to wear their third kit (which, ideally, is different to both the opposition team's home and away strip).

Additionally, if a visiting team's primary kit is different to the home team's home strip – such as if Chelsea (who play in blue) were to visit Liverpool at Anfield (who play in red), both teams would be allowed to play in their respective first kits.

The FA's rules on shirts are as follows:

The priorities of kits are ranked as follows:

There are, however, no set official rules on determining what exactly constitutes a kit clash (such as colours), which results in the lack of consistency.

But something that is important, yet might often be overlooked, is the kit clash with shorts and socks worn by footballers.

It is especially important for players from opposing teams to wear shorts and socks of distinctive colours, as linesmen and referees need to be able to see which player is past the final line of defence to judge whether or not they have been offside.

Players from opposition sides cannot wear the same white socks and red shorts, combo, for example, which would explain why certain teams wear away kits even if their usual home kit or third kit seemingly does not clash with the home team.

There is an amusing instance of kit clashing when Chelsea faced off against Coventry City away at Highfield Road on April 9, 1997.

Chelsea arrived at Coventry City intending to play in their away kit, as their blue home kit clashed with Coventry's light blue strip.

The referee, however, felt that Chelsea's away strip was too similar to Coventry's home kit and delayed kick-off for 15 minutes in order to decide how best to resolve the kit clash issue.

But Chelsea didn't have a third kit, and so were forced to play in Coventry's red and black checked away shirt.

Perhaps the foreign shirt took its toll on the players, as Ruud Gullit-managed Chelsea side eventually lost 3-1.