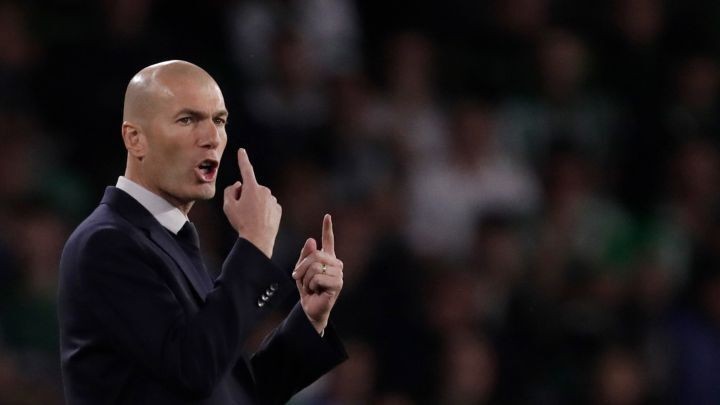 Third division Alcoyano have knocked Real out of the Copa del Rey with an extra time winner, eliminating Los Blancos in their first game of this year's competition.

Real Madrid suffered a humiliating 2-1 defeat to third-tier Alcoyano on Wednesday night, knocking Los Blancos out of the Copa del Rey in their first game of this season’s competition.

Real have not won the Copa since 2014 but seemed to have the tie under control when Éder Militão nodded home a Marcelo cross shortly before halftime. But a late equaliser and extra-time winner, from an Alcoyano side who were down to ten men after the dismissal of Ramón López, was enough to eliminate Zinedine Zidane’s side. It is the first time that the side based in the eastern city of Alcoy have reached the last 16 of the Copa since 1946.

In a club as demanding as Real Madrid any manager would face some stiff questions after a result like this and despite winning three Champions League trophies in his first five seasons in the dugout, Zidane is no exception.

But the Frenchman has been here before, here’s a rundown of the most damaging results of his managerial career to date.

Real Madrid is a club steeped in Champions League tradition and after winning three consecutive titles under Zidane Los Blancos remain one of the teams to watch in Europe regardless of their domestic form. But in 2019 the 14-time winners came unstuck in a group stage tie against PSG, suffering a humbling 3-0 defeat in the Parc des Princes.

The hosts were without the injured Neymar and Edison Cavani, but a first-half brace from former Real star Angel di Maria and late third from Thomas Meunier secured a famous win. In the post-match press conference, Zidane said: "They were superior to us in everything they did, and in intensity, which annoys me the most. They were good and created chances, but what worries me is that we played without intensity."

At in Zidane's tenure in the Spanish capital, both as a player and as a manager, Real have sometimes flattered to deceive in the league. He was looking to pick up just a second La Liga title as manager in March last year when defeat against lowly Real Betis allowed Barcelona to leapfrog them into a two-point lead.

Real had been victorious in El Clasico the week before but a late winner from ex-Barca forward Christian Tello gave Betis a 2-1 victory. After the game Zidane took full responsibility for the loss, which he described as their “worst game of the season”. He added: "We didn't get anything today, and I'm to blame for it. I have to look at what happened; we're going to fight the league to the end."

El Clasico fixtures are usually highly competitive affairs but their meeting in December 2017 was painfully easy for the Catalans. Barcleona went into the game at the Bernabeu 11 points clear of Real and were clearly the better team.

In an attempt to shackle Barca’s talents Zidane fielded a combative midfield of Mateo Kovacic and Casemiro, but goals from Luis Suarez, Lionel Messi and Aleix Vidal humiliated Real in their own backyard. With the title effectively lost before the winter break, pressure was mounting on Zidane after little more than 18 months in the job.

Defeat to Alcoyano shows the unpredictability of knock-out football but in January 2018 Zidane’s Real were eliminated after losing a two-legged quarter final to relegation-battling Leganes. Having won the first leg 1-0 Zidane put out a second string side for the return fixture at the Bernabeu.

Despite a goal from Karim Benzema, Leganes stuck to their task and scored twice to send the 19-time Copa del Rey winners crashing out. To make matters worse for Zidane the result came with Los Blancos 19 points behind Barcelona in the league and his team were met with a chorus of boos at the fulltime whistle.

When Zidane ended his first spell in charge in Summer 2018 he named this as the lowest point of his time in the dugout, saying: "My worst memory in Madrid is that game. There are complicated times that make you reflect. I think that with me in charge it will be difficult for the team to win next year. There have been difficult times and I haven't forgotten them."

Nearly three years to the day since that humbling nadir, Zidane's Madrid may just have topped it with defeat to Alcoyano.