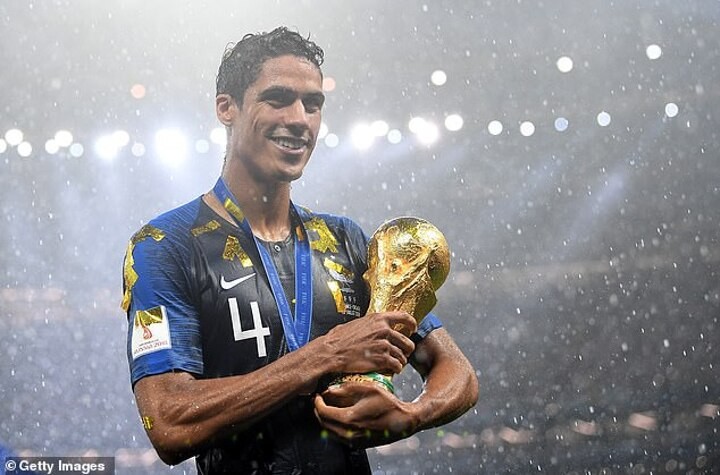 Manchester United have moved decisively to address a glaring weakness that held them back last season.

The signing of France international centre back Raphael Varane from Real Madrid, at a cost of £34million potentially rising to £42m, is a major piece of business.

Central defence was the area that cost Ole Gunnar Solskjaer's side too often in a 2020-21 campaign that once again saw them finish trophyless.

While captain Harry Maguire played himself out of disastrous early season form to enjoy a very good year, question marks remained over his usual central defensive partner Victor Lindelof and United's other options in that position.

Varane, a four-time Champions League winner and World Cup champion in 2018, brings the winning pedigree that United will hope propels them to long overdue success.

It's pretty much certain he will line up alongside Maguire in United's defence and the pair should complement each other well.

But his imminent arrival at Old Trafford will naturally have a knock-on effect for United's other centre backs. We take a closer look at their prospects ahead of the new season.

Undoubtedly the player most impacted by Varane's arrival and the one with the most to lose.

The Sweden international started alongside Maguire in 27 Premier League matches last season and he featured in 45 games in total across all competitions.

Maguire and Lindelof did show some steady signs of improvement as they played more games together but question marks remained over the Swede's aerial ability, calmness on the ball and susceptibility to pace and physicality.

They weren't exactly the fastest pair, something exploited by quite a few opponents, and Maguire's command in dealing with crosses and high balls masked Lindelof's weakness. But on their day, they did form an impressive partnership.

Lindelof is a £31m player, signed by Jose Mourinho from Benfica in 2017, and he has established himself as a first choice. Solskjaer has always favoured him over Eric Bailly.

But the brutal reality is he will be spending a lot more time warming the bench provided that Maguire and Varane form a solid enough partnership when the season begins.

In certain games, Solskjaer may opt for three central defenders and that will allow Lindelof a chance to start alongside Maguire and Varane. There will also be plenty of cup games.

You have to imagine, however, that in the Premier League and Champions League, it will be the skipper and the new arrival, not Lindelof.

He gave a reminder of his abilities with a man-of-the-match performance for Sweden against Spain at Euro 2020 last month but it could be a frustrating few months ahead.

It was back in April, off the back of a frustrating, injury-plagued season, that Bailly signed a new contract through until 2024.

He might have known United would move for a new centre half in the summer and the result leaves him demoted from third choice to fourth.

Bailly started 10 Premier League, five Europa League and a handful of other cup games during a season in which he struggled with fitness issues and competition for places.

Game time was believed to be the major consideration when Bailly was discussing the terms of his new contract so he must have received assurances and been satisfied.

But it's difficult to see how he plays much in the season ahead with Solskjaer likely to favour Lindelof ahead of him on the occasions when Maguire and Varane sit a game out.

United spent £30m on Bailly when he joined from Villarreal in 2016, just as Mourinho started his tenure, but he's only played 106 games in the five seasons since.

The fact United subsequently went out and bought Lindelof, Maguire and now Varane doesn't reflect too kindly on the Ivorian.

Reports are already suggesting Bailly will now seek clarification on his prospects at Old Trafford because as it stands he'll be seeing a lot of the subs' bench.

It's a tragedy how knee injuries have robbed Phil Jones of the prime years of his career.

The 29-year-old didn't play at all last season after suffering further setbacks with the timeframe for his return to action continually pushed back.

It's very easy to forget that Jones was in the England squad at the 2018 World Cup in Russia, playing in two matches.

He's also one of the few players in the United dressing room who knows what it's like to win the Premier League title.

It's over 18 months now since Jones made an appearance - scoring in an FA Cup win at Tranmere Rovers in January 2020 - and though Solskjaer has given his whole-hearted backing, it could well be time for a new club.

Reports this week hint at interest from West Ham, with United considering letting Jones leave on a free transfer despite two years remaining on his contract. Newcastle have also been linked.

He has fallen so far down the defensive pecking order, there's very little chance of much action and it would be a shame if Jones recovers his fitness but then can't play.

When Tuanzebe put in a brilliant performance in United's Champions League win away to Paris Saint-Germain last October, it looked like a breakthrough was imminent.

United have always had high hopes for the 23-year-old academy graduate but Tuanzebe wasn't able, or given much chance, to kick on.

He played in 19 matches overall but in a bit-part role of only 918 minutes, and Varane's arrival means he looks further away than ever from nailing down a regular spot.

To that end, reports suggest Tuanzebe will be allowed out on loan in the season ahead with Newcastle one of those interested.

Tuanzebe played alongside Teden Mengi in United's defence at QPR last Saturday and didn't cover himself in glory as the team shipped four goals.

He's not exactly hammering on the door of the first team and a loan move somewhere to gain more regular football is a sensible move.

There are also high hopes at Old Trafford for 19-year-old Mengi, another academy product.

He made his senior debut against LASK in the 2019-20 Europa League and was subsequently promoted into the first-team squad. However, he didn't play last season.

Mengi linked up with Wayne Rooney at Derby County in a loan spell but returned early after picking up an injury. Nonetheless, the nine Championship games he did play will have been valuable.

With no obvious route to the United first team, another loan would be the best option and Mengi has been linked with a return to Derby.

He looked rusty at QPR last weekend, allowing Charlie Austin to sneak in completely unmarked to head home the home team's equaliser but it is still pre-season.

Another year in the hustle and bustle of the Championship will be to Mengi's benefit.