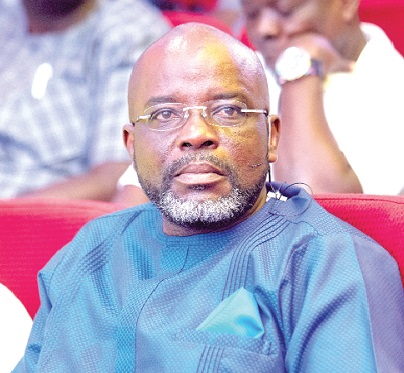 Tema Youth president Wilfred Osei Kweku "Palmer" could be facing an uncertain future if he losses his case against the Ghana Football Association at the Court of Arbitration for Sport (CAS) on Tuesday.

Palmer, who was successful at the global tribunal in 2016, is facing another battle for a re-election bid following his disqualification from the race by the defunct normalisation committee.

The investment banker is challenging his unfair elimination from the presidential race 11-months ago.

However, it remains unclear what the future will hold for the hugely respected football owner if he becomes unsuccessful at the world sport court.

A defeat for Palmer will be a huge financial loss to the former Ghana FA Executive Council member after paying a staggering $48,000 fee for the case to be heard.

Also, it will be a massive blow to his numerous followers, who are in a positive mood ahead of the much-awaited verdict on September 1, 2020.

The chips will fall in place for both parties latest by Tuesday to bring to an end long-winding 10-month litigation involving the two parties.

The verdict from CAS will be the final coffin for both Palmer and the Ghana Football Association as it will bring closure to the litigation which has brought so much animosity and anger.

These are frenetic times for the followers of both disqualified aspirant Wilfred Osei Kweku and current FA boss Kurt Okraku.

Palmer dragged the FA to the apex of world sports court after he was disqualified from contesting the 2019 Presidential race by the defunct normalisation committee.