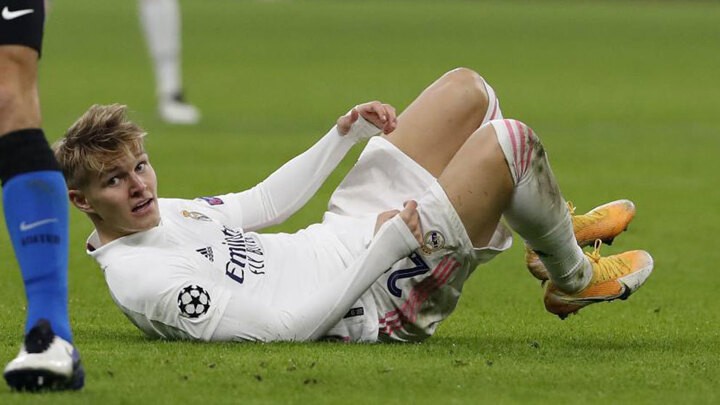 The Norwegian midfielder feels cheated, because he believes that nothing of what Real Madrid told him last summer has been fulfilled.

It is worth remembering that it was Los Blancos who cut short Odegaard's two-year loan at La Real, as the player himself recognised that it would be difficult to play ahead of the old guard with Zinedine Zidane as head coach.

Odegaard, his father and his agent insisted that staying in San Sebastian and playing under Imanol Alguacil was the best thing for his development, but Real Madrid promised that he would get minutes and opportunities. So, seeing as the 22-year-old is contracted to Los Merengues, he agreed to cut short his time at La Real.

The knee problems that he was dealing with towards the end of the 2019/20 season meant that he had to do an individual pre-season in Sierra Nevada in order to be in a good condition when he joined up with Real Madrid, but he wasn't at 100 percent.

Nevertheless, Zidane started Odegaard in Los Blancos' first two matches of the season against Real Sociedad and Real Betis, but neither Real Madrid nor the Norwegian seemed to be thriving and little by little Zidane started reverting back to his usual 4-3-3 system, which saw Luka Modric return to the XI in Odegaard's place.

Injuries have not helped Odegaard - one in October saw him miss three games before another in November led him to miss two games- but Zidane definitely turned his back on him after the defeat away to Shakhtar Donetsk on December 1. Since then, he has played five minutes - five minutes in six games! The rest of the time he has been on the bench.

What happened in Malaga?

Odegaard returned from the Supercopa de Espana in Malaga very angry after not playing a single minute in the semi-final against Athletic Club, which Los Blancos lost 2-1. This saw him increase his desire to force an exit.

This was all very strange for the playmaker, as he had a conversation two days before the match with Zidane and was told that he would be given opportunities. Even during that talk, Odegaard expressed his discomfort.

So, was it in that conversation that Odegaard asked if he could leave Real Madrid? Because although Zidane asked him to be patient, the reality is that the French coach continued to overlook him.

A few days after the Supercopa, it was noteworthy how the midfielder did not take part in the tests prior to the Alcoyano match in the Copa del Rey, while Zidane intimated that Odegaard would not feature against the Segunda B side, which invites us to think that he had already asked to leave.

As MARCA understand, Odegaard was frustrated before the Supercopa and his anger went up a notch after not even playing a minute against Athletic.

Now Real Madrid have a bomb to defuse, because there is no simple solution. Allowing a player of his quality to leave in January means weakening the team a lot in midfield, even though Zidane is not using him. And, on the other hand, it is clear that the relationship between Odegaard and Zidane and is not the best.