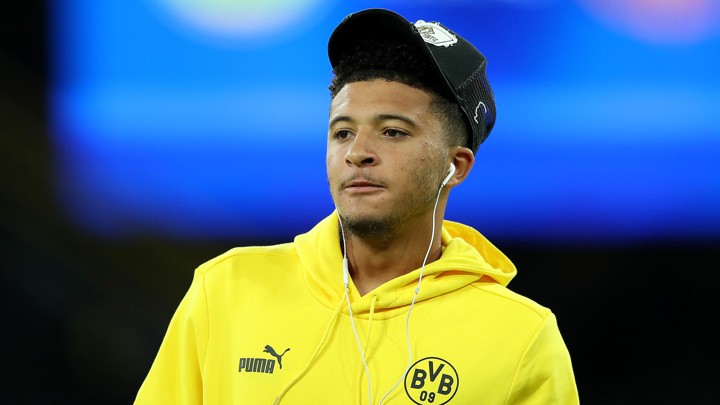 Borussia Dortmund winger Jadon Sancho is one of football's rising stars and is tipped to be among a handful of talents who are expected to lead the game for the next decade.

A world champion with England at Under-17 level, Sancho shocked many onlookers when he decided to leave Manchester City for the Bundesliga while still just a teen.

The venture has paid off, however, as he is now touted as being worth over £100 million ($120m) to potential buyers and isn't doing too badly when it comes to his contract situation.

So, what is Sancho's net worth, what endorsements does he have and does he do any charity work? Goal brings you everything you need to know.

Sancho is still only in the early stage of his career, so has not had enough time to amass the sort of eye-watering wealth that is associated with the best footballers in the world.

However, his latest contract with Borussia Dortmund will see him pocket approximately £10 million ($12m) a year and his star is on the rise, so his net worth will soon begin to grow.

His current net worth is probably in the low millions and he will have a long way to go if he is to rival the likes of Lionel Messi ($400m) and Cristiano Ronaldo ($466m).

Sancho's new contract, which was signed in August 2019 and is due to run until 2022, means he is earning a similar wage packet to Marco Reus and more than new addition Erling Haaland.

Sancho is a Nike athlete and his growing stature is helping him become a regular feature in the promotion of their products, including boots and other clothing.

The Dortmund star is also a prominent partner of EA Sports, appearing in much of the promotional material for FIFA 20 and the game's Ultimate Team variant.

In 2019, the England international teamed up with his chief sponsor, Nike, to open up a new seven-a-side pitch in South East London for the Lambeth Tigers.

The pitch provides a safe space for children in the area to play football, with hundreds of young people using the facility. Sancho cut the proverbial ribbon and dropped by to play some games with the kids.

“Growing up in Kennington has made me the man I am today; I owe a lot to South London for nurturing the way I play," the England international said.

"I hope the local kids feel empowered to tell their own stories through football and follow in my footsteps — this pitch being just the ignition point."

Of those, his Instagram page is the most popular, with over 4.1 million people subscribing to his page. His Twitter page follows with 300,000 fans, with his Facebook boasting just 100,000 likes.

Like most footballers, Sancho uses his social media channels to share reflections on games just played and to relay his appreciation to supporters.

He also shares snapshots of his life outside of football, including holidays and social gatherings, as well as promoting the wares of his endorsement partners Nike and EA Sports.

Sancho also uses his social media platforms to highlight social issues, taking a stand against incidents of racism and hailing the efforts of the NHS during the coronavirus pandemic, for example.