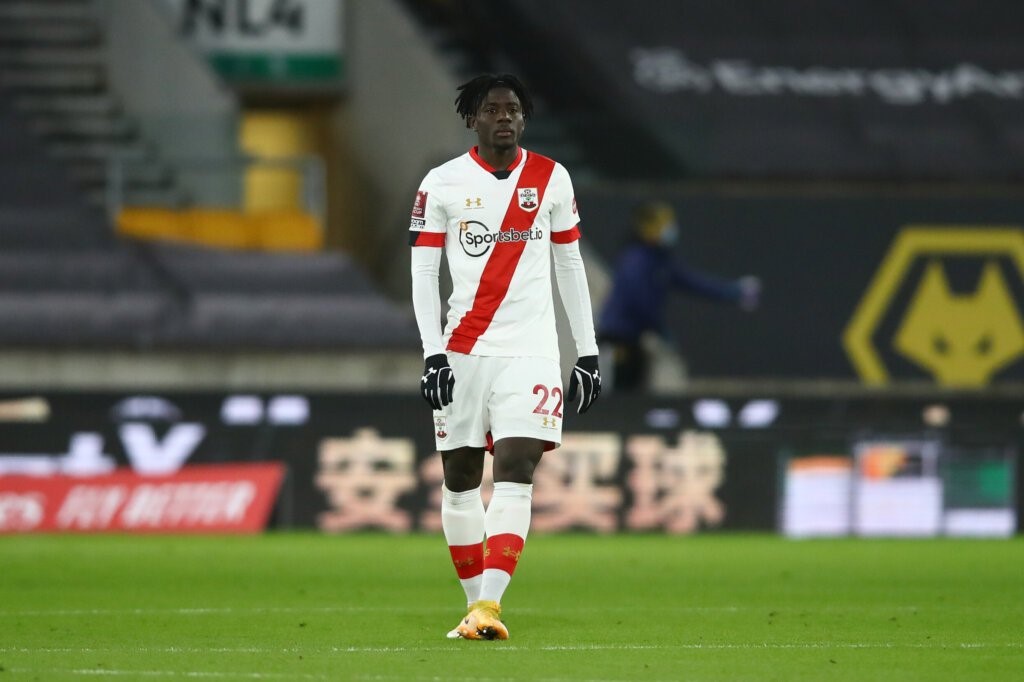 The last couple of years in football have been a little turbulent to say the least. COVID-19 had a tremendous impact with many competitions being abandoned, and the remaining ones being delayed before recommencing.

For those competitions that delayed restarts and decided to see out their campaigns such as the Premier League, it has been a very heavy fixture list, with barely a break in between seasons.

However, this summer presents the first real opportunity in nearly two years that footballers have had to relax and wind down. With the exception of players involved in international tournaments such as Copa America and the European Championships that have just finished this week.

That break is now over for Mohammed Salisu though, as he reunites with his Southampton teammates for pre-season training ahead of another exciting Premier League campaign.

Salisu is a powerful centre-back who signed for The Saints last summer in a deal worth around £10.9m after they triggered a release clause in his contract with Real Valladolid.

However, despite lots of praise from his manager Ralph Hasenhüttl, it wouldn’t be for a fair few months until he made his debut with the side that signed him from Spain. Part of that was down to an unfortunate muscle injury.

He won’t have minded too much though, with his first game for The Saints ending in a 2-0 win over Wolverhampton Wanderers in the FA Cup, keeping a well-deserved clean sheet. He then played them again in his league debut, coming on as a substitute, but he couldn’t help them to victory as they slumped to a 2-1 defeat. In total, he only made 15 appearances last season, something he will be looking to build on for the upcoming campaign.

Southampton haven’t been the same at the back since Virgil Van Dijk left, for a then record fee, to Liverpool, where the dutch defender has since lifted a Champions League and Premier League trophy. And in the few games he did play last season, fans were incredibly impressed with Salisu, hoping he could go on to be their new defensive talisman.

This week, as mentioned above, Salisu has met back up with the Southampton squad, as part of the first batch of players reporting for pre-season training. With some players looking to join up later on with longer breaks given to them for taking part in international tournaments over the summer. Salisu didn’t make the Ghanian national side for their friendlies, so had been visiting friends and family in Ghana instead.

But since coming back, he is already looking every bit the talent Southampton fans had been hoping for. Whilst training is not at full intensity yet, Salisu has looked calm and confident, and hopefully he can keep that composure as Hasenhüttl begins to pick up the pace and ramp up the ferocity of his pre-season preparations.

It’s a shame Salisu didn’t join their campaign a little earlier last season, as up until Christmas, Southampton had been competing at the top end of the league. Before more injuries to key man Danny Ings amongst others flipped their good form upside down.

The Saints began to spiral so far down that they went from competing for the title to battling for survival from relegation to the Championship. But solid performances from Salisu and his teammates slowly began to turn things around and helped the South Coast club stay up. 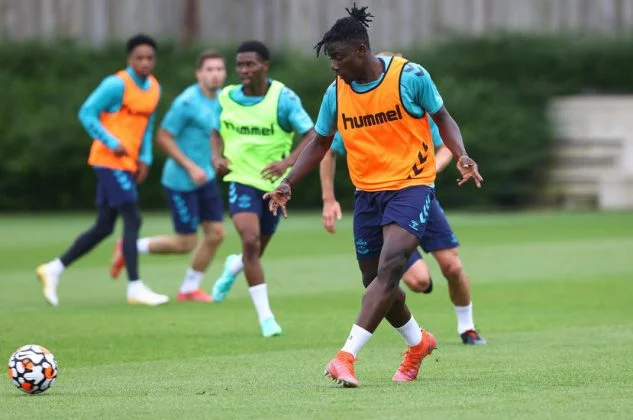 Mohammed Salisu
Salisu will be looking to build on his good work from last season, and help Southampton to climb the Premier League table, and who knows, maybe even pick up a trophy along the way. He may also have an eye on catching the attention of his National Team coach as well, which if he can keep performing well in a league as competitive as the Premier League, he could have every chance.

Salisu’s first game of the season should he start, will be up against Everton, a team who also started last season strongly and fell off the pace towards the end. However, this time, Everton have a new and slightly controversial manager, Rafael Benitez, who has swapped the red side of Merseyside for the blue. But if anything, Benitez is a master tactician, and will no doubt be set up to frustrate Salisu and his Southampton teammates.

The other problem for Southampton though comes as star player Danny Ings has revealed he has rejected a contract extension for the club, so may not even be there at the beginning of the upcoming campaign. But if Salisu can partner up at centre-back and keep a clean sheet or two, they should have enough about them to survive another season. Although if Ings does go, then no doubt replacements will come in.

That said, the bookmakers aren’t giving much credit to this Southampton side, as they rank near the bottom of the pile when it comes to odds of teams who are likely to win the league. Salisu and his teammates have been given more favourable odds though of avoiding relegation, with the likes of Norwich, Watford, Brentford, Crystal Palace, Burnley and Newcastle all being favoured for the drop.

If you’re not too sure which bookmakers to believe, because many do have differing opinions, then you’re best checking out people’s opinions of them like the GTBet review. That way you can find out who has the best odds, are the most fair and reliable, and give their customers a good experience.

No matter what happens with the rest of the squad though, this is a key time for the young Salisu to step up and stand out. He’s already given some impressive performances, but he has a long way to go before filling the shoes of Van Dijk.

If he can get more games under his belt this year, more clean sheets, and maybe even contribute with a goal or two, because that is one area where his game lacks, he could go on to be a Southampton Legend. Or even pave his way for a move to a bigger club.