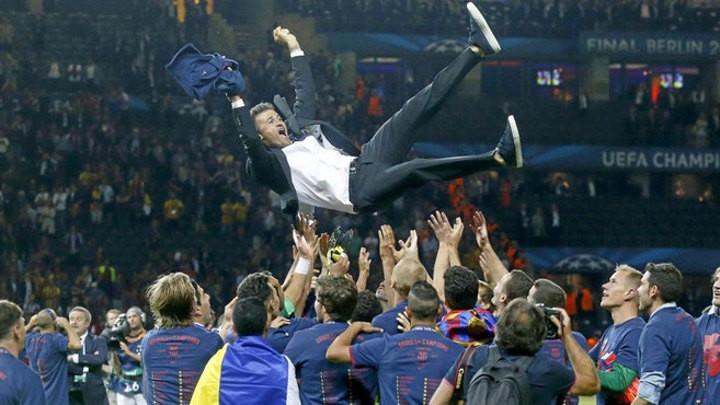 Former Barcelona coach Luis Enrique has looked back on the Blaugrana's 2015 Champions League final victory against Juventus, five years on.

Led by the attacking trident of Lionel Messi, Luis Suarez and Neymar, Barcelona were able to beat the Bianconeri 3-1 in Berlin.

Before that match, though, Luis Enrique remembers putting a question to the dressing room.

"And I remember, half-jokingly, I asked the players: 'what do you think is the worst thing that can happen to us today?'" Luis Enrique recalled when speaking to Barcelona TV.

"Someone or other started off... Xavi [Hernandez], [Dani] Alves, the veterans: 'We're not faithful to our style'. All things to do with football.

"I said: 'the worst thing is to be a Juve player and have to face Barcelona!'

"It was all half-joking, but in reality, imagine we're in the Juve team talk and I'm talking about Barcelona: you're bricking it!"