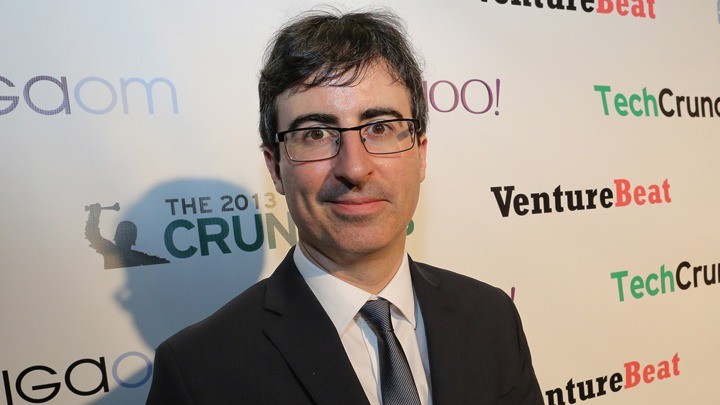 John Oliver has emerged as one of the world's most recognisable political commentators, having hosted Last Week Tonight with John Oliver since 2014.

Oliver, who is originally from the UK but moved to the United States to work in television, and is an avid football fan.

Goal takes a look at Oliver's net worth, how much he earns, charity work and more.

Oliver is a Liverpool fan, despite being raised in Birmingham, owing to both of his parents originating from the greater Merseyside area.

“That was pointed out to me pretty strenuously at an early age.

“There were other things I could choose in my life, but a team wasn’t one of them! I grew up in Birmingham but I grew up there as a Liverpool fan."

He added: “Istanbul was a happy memory. I was in London watching the game and my dad phoned me.

What is John Oliver's net worth?

According to Celebrity Net Worth, Oliver's net worth is at an estimated £8 million ($10m).

What does John Oliver do?

He began his career as a stand-up comedian, and gained international recognition as The Daily Show with Jon Stewart's senior British correspondent. For his work with The Daily Show, Oliver won three Emmy Awards.

He now hosts his own HBO series Last Week Tonight with John Oliver, covering topics such as U.S. politics and legislation, often through a quick-witted, satirical and humorous lens. He also writes human rights issues into his segments and raises awareness on global issues.

What charity work does John Oliver do?

Oliver has been involved with many charities, such as Amnesty International, the Bob Woodruff Foundation, Stockings With Care and the Touch Foundation.

In 2016, Oliver set up Central Asset Recovery Professionals (or CARP, for the bottom-feeding fish) and bought £12 million ($15m) worth of medical debt from over 9,000 people - and gave it all away in the biggest giveaway in television history.