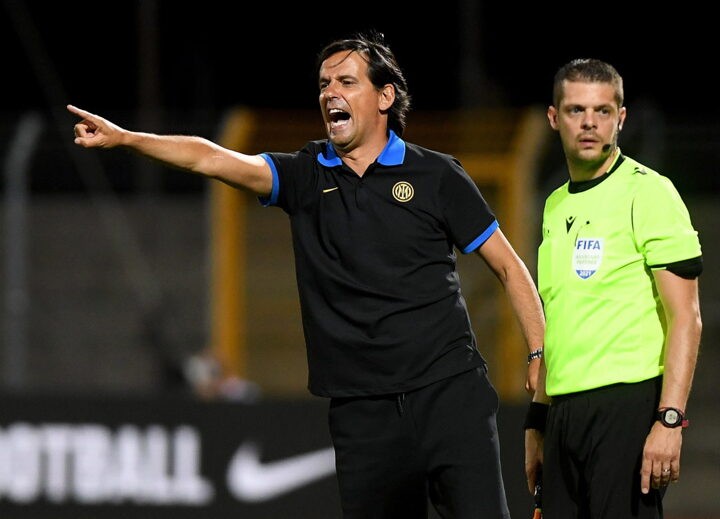 With the future of champions Inter looking incredibly uncertain, Rich Hall takes a look at what’s gone wrong for the Nerazzurri this summer, and what it means for the season ahead…

“Inter are the team to beat,” insisted Juventus’s Leonardo Bonucci. “In the title race, the details will make the difference.”

It seemed his remarks were almost tongue in cheek, especially when he added that it would be ‘action in the transfer market’ that could define this season. As such, the situation looks bleak for the Nerazzurri. No sooner had they begun to bask in their rediscovered glory, they had to quickly comprehend the foundations of both this and future victories had been taken away. Asking Inter to retain the Scudetto with inadequate resources is surely an impossible task.

There has to be some sympathy with the club’s owners, the Suning Holdings Group. They are victims of the pandemic and in the grip of the Chinese government, as has been well documented. Covid-19 severely damaged their finances and the Chinese government also acted to bring money back into the country, preventing Suning from investing. So much so, that they had to get a bridging loan with heavy interest rates, just so that Inter could enter all of next year’s competitions by meeting their financial commitments.

This has quickly seen the Nerazzurri go from victors to vanquished. However, the blow would’ve been softened if communication had been better, not just between Suning and the fans, but internally as well. At the start when it looked like this may be happening, Antonio Conte was vocal about leaving as the club would not be able to continue the project as he wanted. Squad improvements would not be happening and the mister decided to leave.

Giuseppe Marotta made it clear that the club needed to sell some assets, as they needed to raise €80-100m through player sales and reduce the wage bill by 10-15%. So far so good in this respect, especially as Simone Inzaghi was recruited from Lazio. This bright young coach has pedigree, plays with a similar system, uses youth players and has worked on a shoestring budget before. It was then loosely communicated that Achraf Hakimi would be sold to Paris Saint-Germain for €60m, as it is better losing a wing-back than one of your star forwards.

Still things seemed calm and collected. Federico Dimarco was returning from his loan and could fill Hakimi’s position. He is also an outstanding talent and it seemed that if Inter sold the likes of Arturo Vidal, Aleksandar Kolarov and Radja Nainggolan, plus other players of this age and calibre, things should look okay next season. The Nerazzurri could still compete while integrating talented youth products such as Lucien Agoume and Martin Satriano.

This is why the sale of Romelu Lukaku has shocked Inter supporters. Reports in Italy claimed that Marotta and Inzaghi were furious about the transfer, as it had not been communicated to them. Inter had gone from making the best of a bad situation to committing footballing suicide.

One can speculate that the huge fee offered by Chelsea enables Suning to repay a lot of the bridging loan with the high interest rate, but one can only guess. From a footballing perspective, things seem to be going from bad to worse. Especially when the news leaked that Inter could only spend approximately €50m of the fee and they were still prepared to sell more players.

Christian Eriksen may also have to leave, as his medical tests will not be sufficient for him to meet the requirements to play in Serie A. Edin Dzeko, Joaquin Correra, Denzel Dumfries and Nahitan Nandez wouldn’t be bad as new signings, but they aren’t at the same level as the players they’re replacing. Dzeko in particular will not have the same impact as Lukaku – it seems that the Nerazzurri are shopping for an engine for their Ferrari in a used parts scrapyard.

It is for this reason that a title challenge seems impossible, with Inter hoping they can finish in the top four. It is uncertain who will leave, whose heads will be turned and just what will be left of this squad come the start of the season. It’s a shame that a great title-winning side could not be built on. Instead, the future is unclear for the Nerazzurri and it seems as though they will be struggling to compete financially until Suning either sell or manage to secure major investment. Maybe then, Inter can rise from the deep once again.