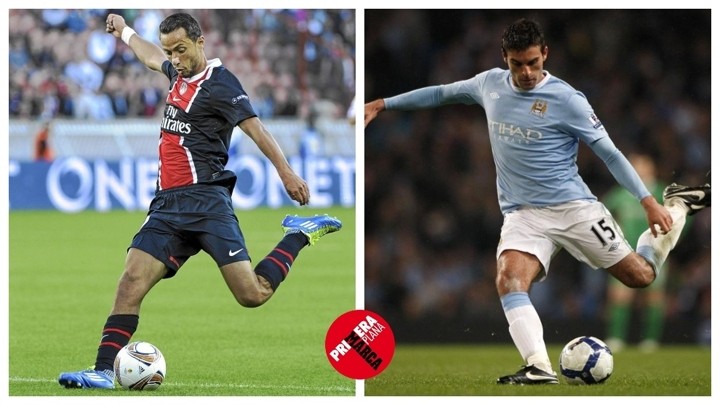 Newcastle are the subject of a takeover bid from a group of investors that includes the Public Investment Fund of Saudi Arabia.

If the Premier League approves the 340 million euro deal, the Magpies will become one of the richest clubs in world football.

There is plenty of opposition towards the arrival of Saudi Arabian investors, with Amnesty International pointing out the country's poor human rights record and BeIN Sports highlighting the piracy of their Premier League coverage by Saudi Arabian company BeoutQ,

If the deal does go through, the Crown Prince of Saudi Arabia, Mohammed bin Salman, will become the new chairman of Newcastle.

The potential takeover is similar to the takeovers of Manchester City by Sheikh Mansour's Abu Dhabi United Group in 2008 and of Paris Saint-Germain by Nasser Al-Khelaifi's Qatar Sports Investments in 2011.

Javier Garrido was a Manchester City player at the time of that takeover and spoke to MARCA about how the club has changed.

"[Manchester] United were far superior to City, who were in their shadow, even more so with [Alex] Ferguson there," Garrido said.

"But since the Sheikhs took over, it's been the opposite. Things have evened out. The signing of [Carlos] Tevez in 2009 hurt Man U, who started to see [City] as a rival."

When Garrido joined City in 2007, their last trophy was a League Cup win in 1976 and their last top flight title had come in 1968. They'd even dropped down to the third tier of English football at the turn of the 21st century. That all changed in 2008.

"After our holidays, they told us that the club had been sold," Garrido said.

"Players like [Vincent] Kompany, [Pablo] Zabaleta and Robinho arrived and there was clear intent to invest money."

The signing of Robinho for over 30 million pounds was a real sign that City's new owners meant business.

"It was a turning point," Garrido said.

"He'd come from Real Madrid and was a contrasting player who everyone knew. He served as a call to other stars: 'Look, we're here!'

"Solid structure and a winning project help to sign [big name players] too."

Since City's takeover in 2008, they have spent a whopping 1.85 billion euros on new players, including the likes of David Silva, Sergio Aguero, Kevin de Bruyne, Raheem Sterling and Rodri.

City have enjoyed huge success on the pitch, winning four Premier League titles among a haul of silverware, but the first of those didn't come until the fourth season after the takeover.

"It took a little longer than [the owners] thought but, since Aguero's goal against QPR that won the Premier League in 2012, it's all flowed," Garrido said.

"They knew that, with investment and ambition, they could get to where they are now. Furthermore, the appointment of Pep [Guardiola] has seen them become contenders for everything."

PSG have also become one of the most successful clubs in Europe thanks to the arrival of mega rich owners in 2011.

"The club wasn't the richest in the world in 2010 but it had always been a great club with idols like Ronaldinho or Rai," former PSG forward Nene told MARCA.

"The Qatari [owners] arrived and they started to improve the training ground and the stadium, changing the dressing rooms, the gyms... and the mentality too. They want to win everything."

In the summer of 2011, PSG spent 107 million euros on Javier Pastore, Thiago Motta, Kevin Gameiro and Blaise Matuidi among others.

Since then, they've spent 1.25 billion euros on new signings like Neymar, Kylian Mbappe, Edinson Cavani and Angel Di Maria and gone on to win seven Ligue 1 titles among other trophies.

"Like City, PSG have always made big money signings with enormous salaries to get to the level of Real Madrid and Barcelona," Nene said.

"Although winning the Champions League is very difficult. They need the experience, the mentality... and they've had bad luck.

"Even so, PSG are now amongst the best teams in the world and I'm happy to have played a part in their history."