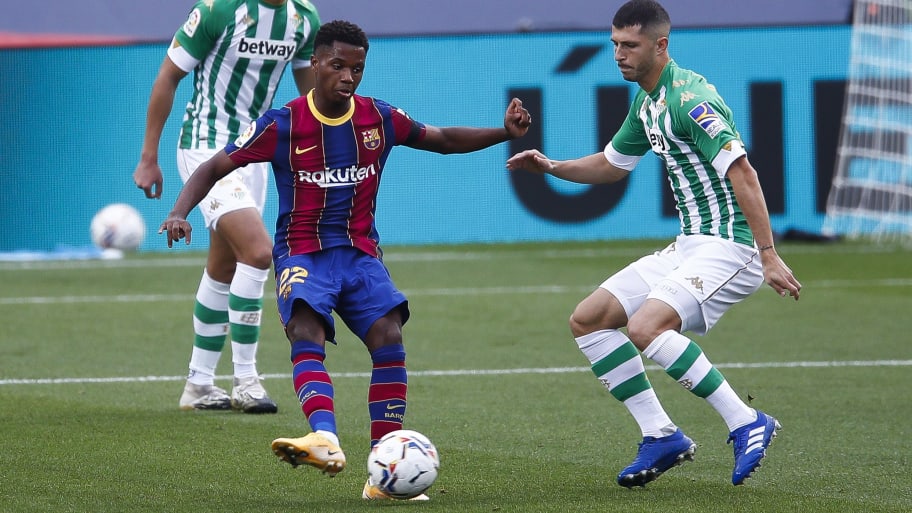 Barcelona are still awaiting confirmation of when Ansu Fati will be ready to return to action, having undergone surgery three times in a bid to clear up a meniscus injury.

The 18-year-old is one of the most highly-rated young wingers in Europe and had started the 2020/21 season with five goals in ten appearances before a knee injury forced him off against Real Betis back in November.

The serious nature of the injury came to light hours after the match and it was soon apparent that he would have to undergo surgery to amend the issue.

That procedure was completed later on in the month, and the initial prognosis was that he would be out for around four months. Fati has since hit countless setbacks, including a nasty knee infection which delayed his progress even further, and after a second operation failed to ease the pain, it was decided that the teenager would need a third - removing the meniscus in his knee entirely.

At the time, Barcelona released a statement confirming the procedure, noting: "After traveling to Porto, Ansu Fati has undergone a check-up arthroscopy in his left knee by Dr. Jose Carlos Noronha, under the supervision of the Club’s Medical Services. The player will continue with his recovery process."

Fati has been rehabilitating the injury since then, and was forced to miss out on a maiden appearance at the European Championships with Spain. The teenager was targeted with a return to full pre-season training, but a July report in his homeland indicated that his recovery was again not following the anticipated timeline.

To date, the young winger has yet to return to training with Ronald Koeman's side - and has instead only been spotted at the club's Ciutat Esportiva del Barcelona training facilities to undergo routine pre-season medical checks.

Prior to his injury, Fati had been an important part of Barcelona's side, despite their lacklustre opening to the 2020/21 campaign. He watched on from the sidelines as Lionel Messi fought tooth and nail to get the Catalan giants back into La Liga's title race, but Atletico Madrid ultimately came out on top at the season's end.

Once he returns to action, Fati can expect to line up alongside Messi - who is close to penning fresh terms - and summer signing Sergio Aguero in a front three.

This article was originally published on 90min as When Barcelona expect Ansu Fati to return from injury .