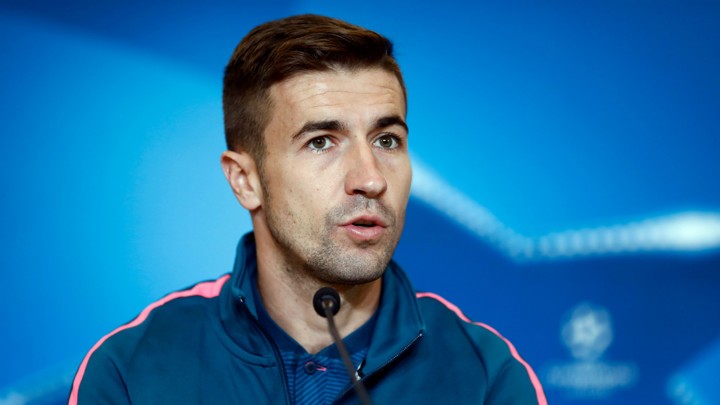 Former Atletico Madrid captain Gabi has said that whenever the ongoing coronavirus crisis ends, "I hope we are better people.”

The 36-year-old Spaniard, who plays for Qatari club Al Sadd SC, is currently quarantined with his cousin in Qatar, where he plays for Al Sadd SC after leaving Atletico in 2018.

Gabi admits that not being with more of his family is tough, with his parents and sister back in Spain.

"To tell you the truth, it gives you a bit of despair at not being able to be with them," Gabi told Goal. I have my parents in Spain. They are not very old, but they are people at risk. And then there is my sister also, who is a nurse, with all that that entails."

The midfielder has admitted that he may have taken everything he has for granted, and that the current pandemic has shown him, and hopefully others, that they should appreciate what they have.

"Although it sounds a little cheesy, give hugs," Gabi said when asked the first thing he'll do when the pandemic is over. "To my loved ones, my family and my friends.

"The other day I heard I think Ricardinho reflect on this whole situation and give food for thought: Sometimes when we have everything, we sin by not being too loving. When all this coronavirus is over, I hope we are better people."

Though he left Atletico Madrid nearly two years ago, Gabi admits he keeps a close eye on the team he captained and represented for seven seasons between 2011 and 2018.

Gabi added that he had faith Atletico could pull off a Champions League upset against holders Liverpool, which they did last month when they knocked out the Reds in the round of 16 by a 4-2 aggregate scoreline.

"Although it seems crazy, I experienced the [second leg at] Anfield calmer than in other games. I trusted Atleti, because in this type of game I know they always show who they are," he explained.

"Atleti today can beat anyone. It was shown again that in football there is nothing written."

As he nears the end of his playing career, Gabi has admitted that he would love to return to his former side in the future as an assistant coach.

"I will not lie to you, of course I see myself in the Atleti coaching staff," Gabi said. "Because of the link with the fans, how I know the club, how I know the squad and the current coach."