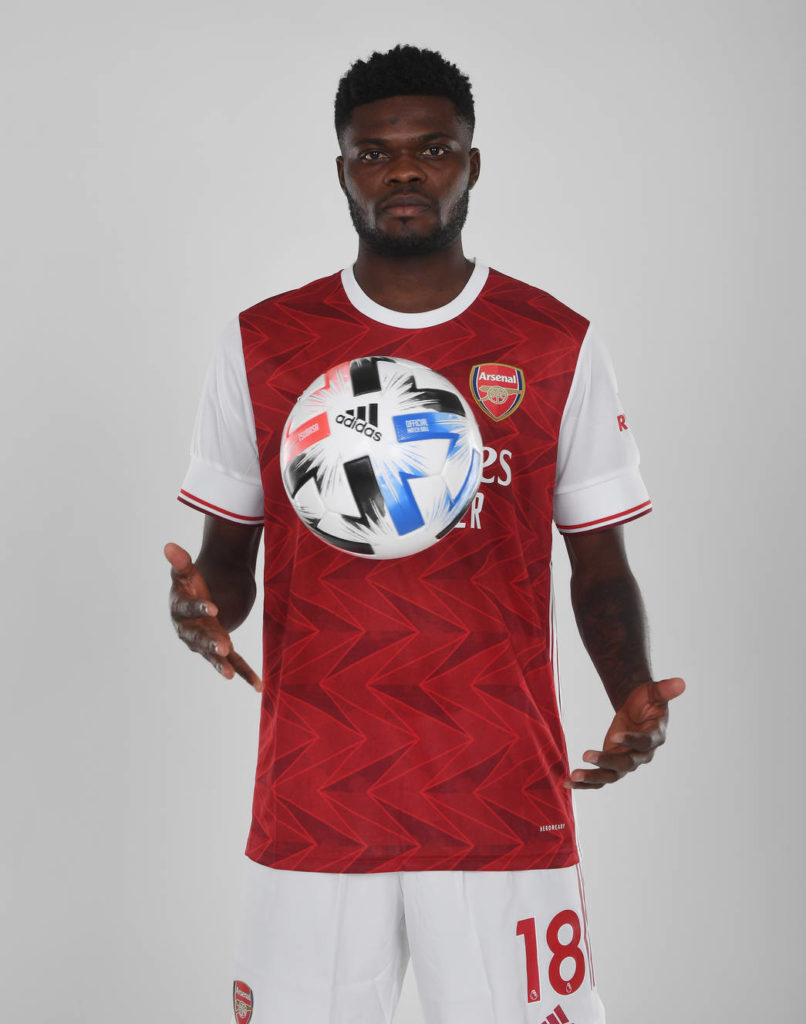 It was in conversation with Sky Sports in July that Mikel Arteta first outlined his desire for Arsenal to become tactically adaptable.

"We want to have versatility," he said. "We will be more difficult to control if we are able to master two or three different formations without driving the players crazy.

"Always with the same principles, but being able to change system, and to attack and defend in different ways."

It was with that in mind that Arsenal completed the £45m signing of Thomas Partey on Deadline Day. The Ghanaian is known for his physical and technical qualities, but that's not all he brings.

"I think he allows us to play different formations," explained Arteta after his arrival. "He can fit within those formations in different positions. He is going to give us a little bit more adaptability."

Arsenal supporters hope to see the 27-year-old in action for the first time in Saturday's visit to Manchester City, live on Sky Sports Premier League, but what are the formations Arteta is alluding to? And where exactly will Partey fit into them?

Arteta used a 3-4-3 formation to good effect in the latter stages of last season, continuing with the same system in the new campaign after the switch from the previously favoured 4-2-3-1 helped the Gunners on their way to FA Cup glory in August.

The deployment of three centre-backs has given Arsenal greater defensive solidity - they have only conceded 15 goals in 18 games since the change of formation - so it would be no surprise to see Arteta continue in the same way in the short-term.

Partey rarely played in a 3-4-3 system at Atletico Madrid - Diego Simeone favours a 4-4-2 - but he is certainly accustomed to playing in a two-man pivot in central midfield.s

As a right-footer who primarily operates on his natural side, he would most likely be paired with the left-footed Granit Xhaka.

There are plenty of reasons to believe he would be a good fit for this role in a 3-4-3. Partey excels at initiating attacks from deep positions, able to withstand pressure on the ball and beat the opposition's press either through passing or dribbling.

His one-on-one ability is one of his biggest strengths. Partey is an imposing physical presence at 6ft 1in, but he also boasts impressive skill, a light touch and excellent close control. Last season, only one Atletico player - winger Vitolo - averaged more successful dribbles than him per 90 minutes in La Liga.

That dribbling ability would complement Xhaka's ball-playing prowess in a 3-4-3 formation, and it would be especially useful to Arteta given the manager's preference for inviting pressure in deep areas and playing out from the back at every opportunity.

Partey, like Xhaka, is an accomplished passer, and as well as being an excellent dribbler, he possesses the power and stamina to shuttle between his own box and the opposition's at speed - his former coaches describe him as a "physical marvel" - meaning he could contribute effectively at both ends of the pitch.

Partey on right of midfield three

Partey also gives Arteta the option of using a 4-3-3. The 27-year-old could play in the holding role in that system, but it is perhaps more likely that he would line up on the right of the midfield three.

It is worth noting that Arteta initially intended to use a 4-3-3 formation following the restart last season, but his plans were wrecked when Xhaka and Pablo Mari suffered injuries in the first half of Arsenal's 3-0 loss to Manchester City on their last visit to the Etihad Stadium in June.

Arteta persisted with the system against Brighton three days after that game at the Etihad, but the 2-1 reverse at the Amex Stadium prompted him to make the change to a back three.

Arteta has not looked back since, but Partey's arrival may change his plans again. A 4-3-3 formation would put more responsibility on the shoulders of his centre-backs, who would become a two-man pairing rather than a trio, but it would give the Gunners an extra body in midfield and allow them greater numbers going forward.

With Partey on the right, Xhaka would likely occupy the holding role. The left-sided Bukayo Saka might be a better fit than the right-footed Dani Ceballos for the third midfield spot in that system, but that duo could be fielded together if Partey took the deeper role in place of Xhaka.

Partey would still be expected to contribute defensively if he lined up on the right-hand side of the three, but the presence of an extra man in midfield would also give him more attacking licence, which is no bad thing for a player with a keen eye for goal and an excellent long-range shot.

Since the start of the 2017/18 campaign, Partey has scored more open-play goals from outside the box in La Liga (five) than any other player.

He is also adept at linking the midfield and the attack, as shown by the fact he made more passes into the final third than any other Atletico player during their run to the Champions League quarter-finals last season. In a 4-3-3, he would be expected to provide the same kind of service for Arsenal's front three.

If Arteta does decide to revert to a back four, he might prefer to use a 4-2-3-1 shape, with Partey again forming a double pivot with Xhaka. Unlike in the 3-4-3, however, there would also be room in the line-up for a third midfielder to be pushed forward into the No 10 role.

This may be an attractive option for Arteta given his side's issues with creativity. For all Arsenal's obvious progress since his appointment, only Sheffield United have had fewer shots among teams to have been in the Premier League in both seasons. The Gunners also rank low for expected goals.

Mesut Ozil is the most obvious fit for the No 10 role given his pedigree, but the German has fallen out of favour with Arteta and may well have played his last game for the club having been omitted from their Europa League squad last week.

In Ozil's absence, Ceballos is perhaps the best candidate to step into the role. The Spaniard has impressed since being re-purposed as a deep-lying midfielder by Arteta in the second half of last season, but he is a naturally attacking player and admitted he would prefer to play further forward in an interview with Sky Sports in July.

With Partey and Xhaka mopping up behind him, Ceballos would be free to focus on creating scoring chances.

Arsenal's current system leaves a gap between their midfield and their attack in the middle third of the pitch, but Partey's arrival will allow Arteta to fill it. It will also allow a level of tactical adaptability he has long strived for.

Partey's adaptability dates back to the early years of his career.

He was used in the same position he plays now during his breakthrough season on loan from Atletico Madrid at Mallorca in Spain's second division in 2013/14, but in the subsequent campaign with Almeria in La Liga, he showed the necessary aptitude to fill in elsewhere too.

"I used him as an attacking midfielder, a central midfield and even a centre-back," recalled former Almeria manager Sergi Barjuan in a recent interview.

That adaptability proved useful to Simeone when he returned to Atletico. Partey originally found himself a long way down the midfield pecking order there, but he impressed his coaches when filling in at right-back and on the wing.

The circumstances were challenging, but being moved between positions ultimately helped his development. By the time he was eventually deployed in his preferred central midfield role by Simeone, he was a far more complete player than before.

"He is not just a defensive midfielder," Javi Baños, his former youth coach at Atletico, told Sky Sports recently. "He is now a more adventurous player, with freedom in his movements and scoring ability."

With Partey entering his prime and preparing for a possible Premier League debut on Saturday, the hope for Arteta is that his £45m man will have a transformative impact in his new surroundings.