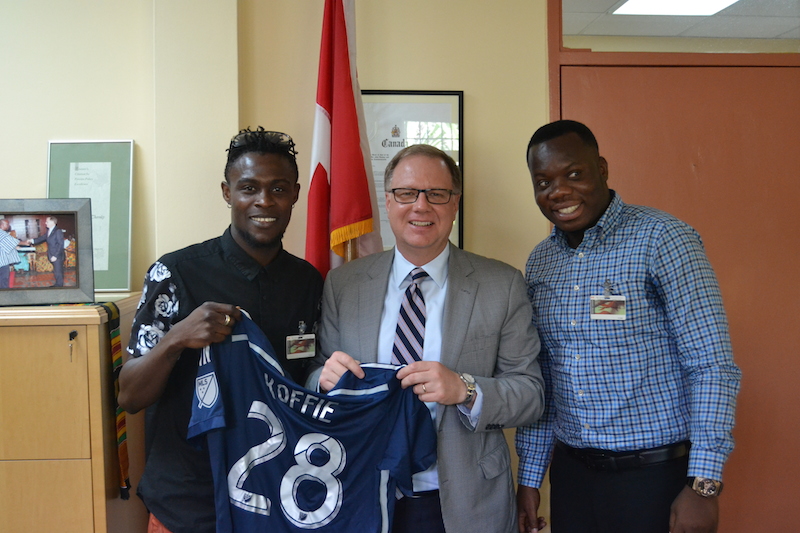 Koffie hopes to inspire and assist the next generation of footballers in Ghana to fall in love with game and improve their conditions.

"I must admit it was good feeling meeting the High Commissioner who opened his doors for me and my team,” he told GHANASoccernet.com.

"I see myself as lucky if I see where I came from and I'm now. I want to help other kids by organizing clinics or helping a talented make it to Canada to build a career and change the lives of his family.

"The High Commissioner accepted my initiative and I have to take it up from there." 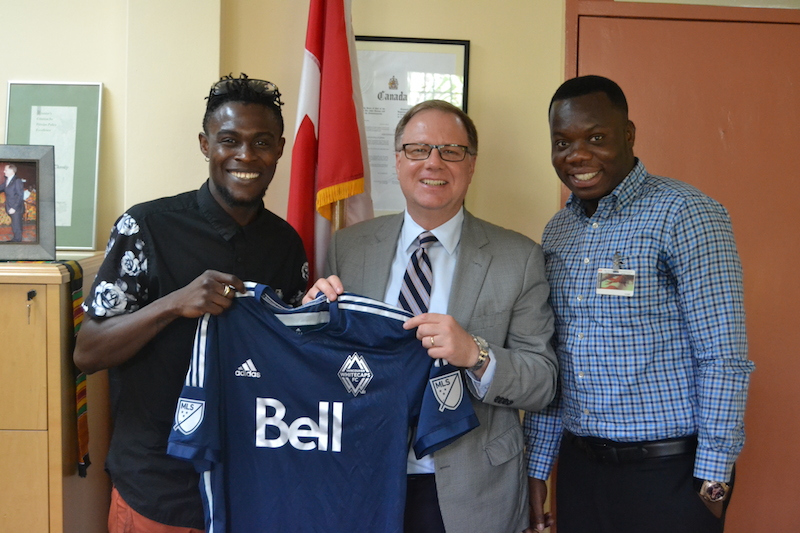 Gershon Koffie, High Commissioner Christopher Thornley and Roland Nii Akwa Nunoo.
Koffie, who holds a permanent residence permit, is set to switch allegiance and play for Canucks with the process being fast-tracked for him to receive his Canadian passport this year.

The 24-year-old played for Ghana at the Under-20 level at the 2011 African Youth Championship in South Africa.

But under FIFA rules, he qualifies to switch allegiance.

The holding midfielder has been with the Vancouver Whitecaps since 2010, when he played two games for the club in NASL.

He then made the transition with the team to Major League Soccer where he has played 130 games and scored 9 goals.