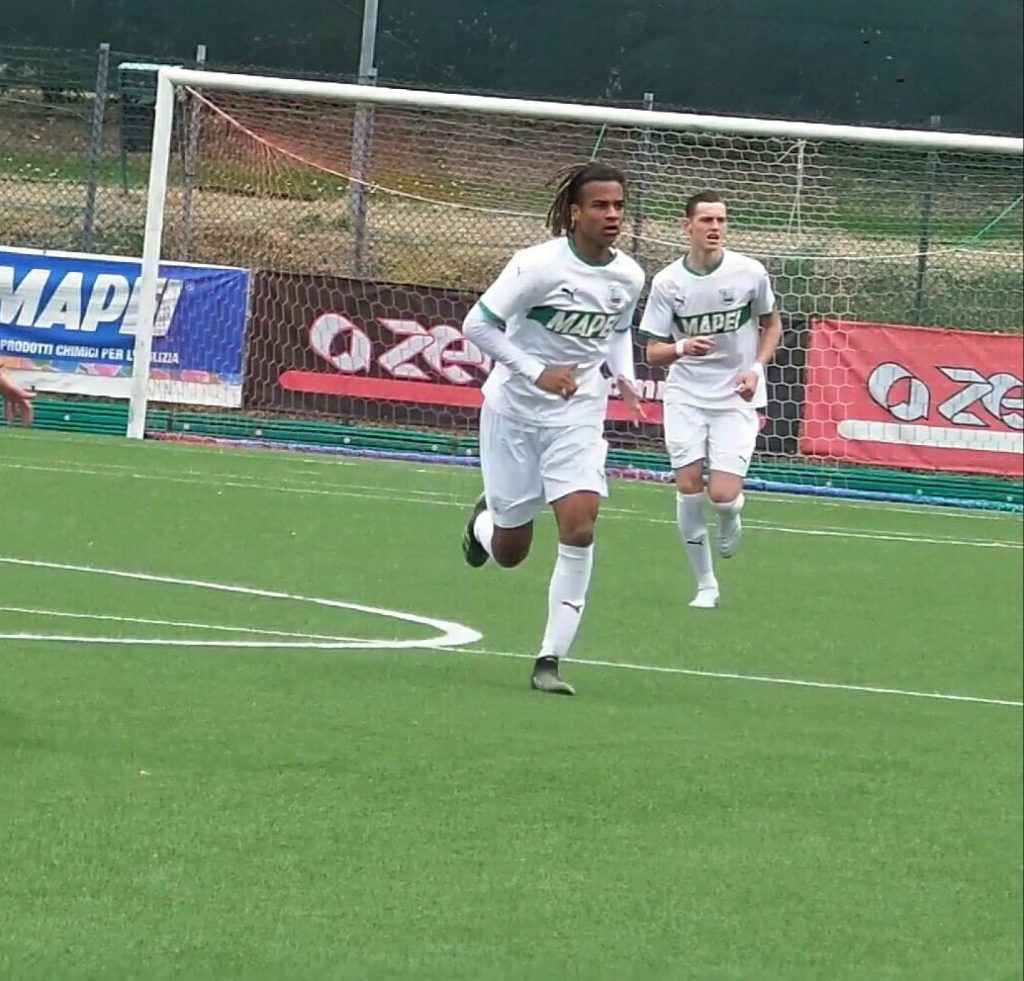 Justin Kumi in action for Sassuolo U17.

Talented kid Justin Kumi was among the scorers for Sassuolo's 4-1 defeat at Bologna on the opening weekend of the Italian U17 Championship.

The midfielder found the back of the net in the 52nd minute after his side had gone down three-nil by the 44th minute.

His goal could not draw Sassuolo back into the game as they conceded the fourth goal through Antonio Raimondo.

Kumi has been Sassuolo's star player in the youth league after he was voted as the best player in the division in his attacking midfield role.

Also at Sassuolo, Ghanaian midfielder Salim Abubakar was in action for the Neroverdi in the  U18 division as they posted a 3-2 victory over Torino.

The offensive-minded middle man played a crucial role and lasted 82 minutes on the pitch.