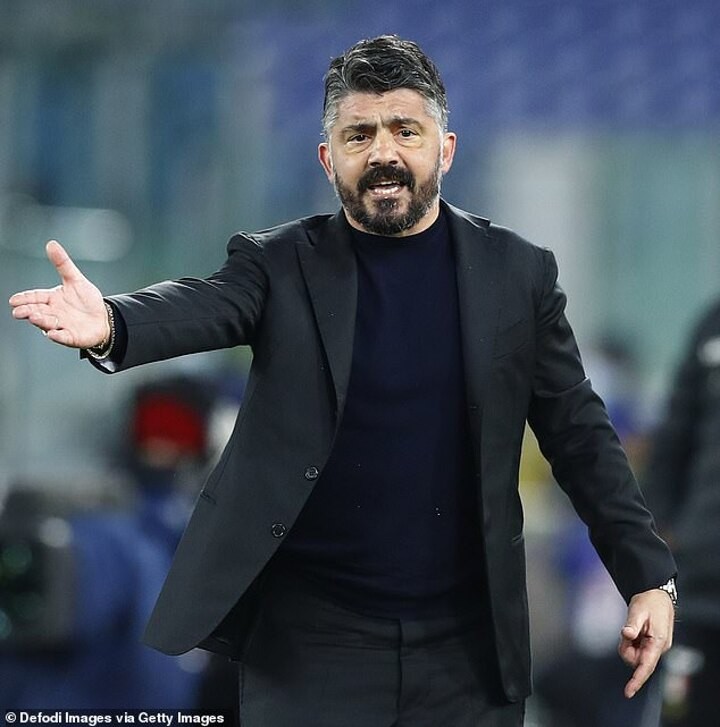 So who do they turn to next?

Tottenham Hotspur's search for a new manager is becoming more desperate by the day after Paulo Fonseca and then Gennaro Gattuso were added to the lengthening list of coaches who've either rejected them or proved the wrong fit.

With just a couple of weeks until the start of pre-season, Spurs chairman Daniel Levy and new managing director Fabio Paratici appear no closer to finding Jose Mourinho's permanent successor.

Mourinho was sacked back in April with Ryan Mason steering the club through to the end of the campaign but a string of big name managers have since rebuffed their interest.

Then the appointment of former Roma manager Fonseca appeared to be imminent until negotiations collapsed on Thursday and it appears Spurs took a brief look at Gattuso - who just quit Fiorentina after a mere 23 days - and thought better of it.

So who's next in the frame? We take a look at some of the potential candidates as the Spurs search drags on.

A pretty attractive option for Spurs whose odds are starting to shorten with the bookmakers following the Gattuso news.

Martinez has just guided Belgium into the last-16 of Euro 2020 with the minimum of fuss and there have already been rumours linking him to the Spurs job.

Though the former Everton, Wigan and Swansea manager was coy about his future when asked in a press conference this week, he has been in the Belgium post for five years now.

There's a strong sense that their Golden Generation of players must deliver at this tournament or lose the chance forever and if they fall short again, Martinez could easily leave or be forced out.

The Spaniard, 47, is a likeable figure and has extensive knowledge of the Premier League.

The former Spain coach has emerged as another favourite with the bookies, with similar odds to Martinez.

That's despite Lopetegui going on record to say he's perfectly happy with his current job at Sevilla, whom he led to Europa League glory in 2020 and a comfortable fourth-placed finish in LaLiga last season.

Lopetegui lost his way after that sacking by Spain on the eve of the 2018 World Cup after it was confirmed he'd accepted the Real Madrid job.

That assignment also proved to be a disaster and he was fired just 14 games in after a 5-1 thrashing by Barcelona in October 2018.

But he has well and truly re-established his reputation at Sevilla, a club Spurs might regard as being of a similar stature, making him an attractive proposition.

Having only agreed a contract extension back in January, it will take a lot to coax him to London.

A strange few months for Howe who seemed certain to take the Celtic job only to eventually decide against it.

He appears fairly low down on the list of Spurs candidates but would bring plenty of Premier League experience following his long spell in charge of Bournemouth.

Howe did an outstanding job there before departing after their relegation from the top-flight in 2020 and he's been searching for the right opportunity ever since.

You sense Spurs would be precisely the type of job the ambitious 43-year-old would like but having only managed at the bottom end of the Premier League would it be too much of a leap?

Parker's odds have shortened dramatically with the 40-year-old expected to leave Fulham this week following their relegation from the Premier League.

He has been linked with the Bournemouth job as they try to return to the top-flight but could Spurs offer a more attractive proposition?

Parker, a former Spurs player, guided Fulham back into the Premier League but wasn't able to keep them there.

The Portuguese did a wonderful job in guiding Wolves from the Championship to the quarter-finals of the Europa League and there was an outpouring of emotion and appreciation at his final game.

Nuno didn't leave Molineux because he had another position lined up and will want to spend time with his family in Portugal after four years away.

But the offer of the Spurs job, if it came, could well prove too tempting to turn down. It would certainly represent a step up but not an enormous one and his excellent work at Wolves won't have gone unnoticed elsewhere.

At the moment, the bookmakers have him in a group of candidates just behind the likes of Martinez and Lopetegui.

Finishes of 15th and 16th with Brighton while exceeding the club's previous best statistics in the Premier League and efforts to play engaging football have bolstered Potter's reputation.

The 46-year-old has long had a reputation for bringing fresh ideas to his coaching and it isn't surprising to see him appear as an outsider candidate for this job.

But it wouldn't be cheap to bring him from Brighton with two years of his contract left and again there is the question of whether just two years of Premier League experience is enough.

Out of work since Borussia Dortmund sacked him last December following a string of bad results, Favre has been linked of late to the Crystal Palace job.

The Swiss does bring plenty of experience of managing in Europe's top leagues and in European competitions, is known to favour an attacking style and would be open to managing in England.

He might prove something of an underwhelming appointment for the fans, however.

An outsider with the bookmakers as he prepares to step down from the Germany job after Euro 2020 following 15 years.

He is a World Cup winner but is now very much known as an international manager and it isn't too likely he'll want the intensity of another club job straight away.

CIRCLE BACK FOR TEN HAG OR POCHETTINO

With Fonseca and Gattuso a no go, will Spurs revisit one of the previously considered candidates?

Ten Hag remains the favourite with some bookies but it'll take a hefty chunk of cash to buy him out of Ajax after he signed that new contract.

There were talks with Pochettino three weeks ago over a sensational return amid reports he was seriously unhappy at PSG. Could the emotional pull prove a decisive factor in the end?