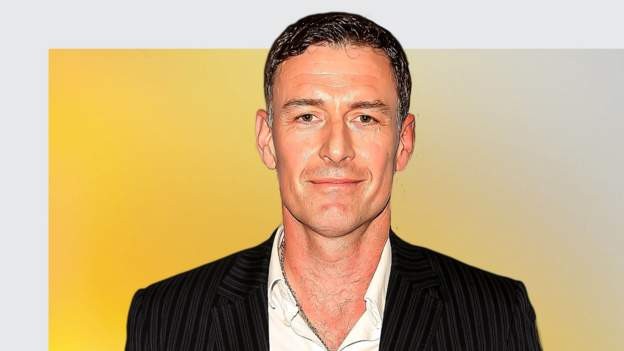 We all remember when Paul the Octopus was Germany's World Cup hero - now it seems their hopes might hang on how BBC Sport football expert Chris Sutton calls their final Group E game against Costa Rica.

Sutton has been spot-on with his predictions of the results and scorelines for both of Germany's games in Qatar - their shock 2-1 defeat by Japan and a 1-1 draw with Spain.

Sadly, he has not been right about too much else. After getting 12 results right from the first set of 16 group matches, he got only six correct from everyone's second round of games.

That gives him a 56% success rate overall, and he still clearly has some way to go to match the football knowledge shown by Paul, the 'psychic' sea creature who famously chose the correct outcome of all seven of Germany's games at the 2010 World Cup - as well as the final.

Sutton is predicting the outcome of all 64 matches in Qatar and before the tournament, he picked his two teams to go through from each group and reach the knockout stage.

He is backing France to win the World Cup (having been the only BBC pundit to say they would be world champions in 2018), believes England will reach the quarter-finals and thinks Wales will not get out of their group.

Ecuador are through if they avoid defeat but they are better when they play on the front foot, like they did in their draw with the Netherlands.

The worry for the South American side is that Enner Valencia, whose three goals so far make him joint-top scorer at this World Cup with France's Kylian Mbappe, is nursing a knee injury and he is so important for them.

Senegal have got some dangerous players and they have to go for it, but I really like what I've seen of Ecuador in Qatar and I think they will keep their momentum going.

The Netherlands have not really got going yet, and they were quite fortunate to get a draw against Ecuador last time out.

They won't have any trouble here, though. There's a reason Qatar were the first team to be eliminated from the tournament.

The reaction to Gareth Southgate not picking Phil Foden so far is over the top and utterly ridiculous. The bigger concern is England's overall performance here after what happened against the United States.

England have got to find their identity again and I'm confident they will do it. Meanwhile, Wales are looking for one last hurrah from their aging stars but I don't see it happening.

I predicted Wales would finish bottom of Group B, and it looks like I am going to be right.

This could end up being quite a big scoreline but I actually think England might stop when they get to three goals because they will feel sorry for the Welsh.

England will go through as group winners but deciding who will join them in the last 16 is all on this game, which is very hard to call.

The United States were excellent against England and were very brave on the ball, but they don't seem to have a centre-forward.

Iran were walloped by England but were brilliant against Wales and could have won by more in the end.

I'm going for a draw, which would send Iran through unless Wales beat England and, as I've just said, that is not going to happen.

Argentina were not great in the first half against Mexico but they still got the win they needed after suffering one of the great World Cup shocks against Saudi Arabia in their opening game.

You wonder if it is written in the stars for Lionel Messi in this tournament the way they huffed and puffed against Mexico before he got the breakthrough goal.

They played much better when Mexico opened up but now they need to win again to be sure of getting through, and it won't be easy. They will have to work hard to break down a Poland side who are top of Group C after two games.

A draw might also get Argentina through depending on what happens in the other match, but that way they would face France in the last 16 and no-one wants to play them next.

I have been really disappointed with Mexico so far and, even if they win this game, they will be hoping Poland do them a favour and beat Argentina.

Saudi Arabia are in control of their own fate but maybe their best day at this World Cup has already happened.

Mexico have created so little so far, it is quite hard to make a case for them to win this game but I think they will find a way. They have to show something in attack at some point, surely.

I haven't changed my mind about Australia's strengths and weaknesses but if they score first, this becomes very interesting.

That would make things super-awkward for Denmark, who are lacking that cutting edge up front,

Reaching the last 16 would be an incredible achievement for this Australia side but it is the Danes who I think will make it, and I don't think they will fall behind either.

France are already through so this is likely to be Tunisia against their reserves - what a lovely position to be in.

Tunisia will be hoping Australia can get a draw, because that would open the door to them going through - although it is still a big ask for them to beat France's second team.

I suspect Japan's chance of progressing may have disappeared with their defeat by Costa Rica.

Even a draw here might not be enough to send them through, and I certainly don't see them beating Spain.

I don't see there being many goals, but Spain have played the best football in the tournament and been the most eye-catching side, and they should be too strong.

Spain's style will suit Japan, who like it when teams take the game to them, and they might get chances on the break, but it is going to be hard for them to get anything from this game.

This has been a brilliant group from the start, but I don't see any late twists.

Things have fallen kindly for Germany and their route to the last 16.

They are lucky to still be in with a shot of making it, but I think they will make the most of their opportunity and wipe the floor with Costa Rica.

Germany have got some good attackers and although they are vulnerable at the back, they should win comfortably.

Kevin de Bruyne says Belgium are too old to win this World Cup, and he has got a point.

They are an aging team and it is sad to see the decline of Eden Hazard, who has had so many injuries since leaving Chelsea for Real Madrid in 2019. He used to be so dynamic and could go past people but now he looks about two stone overweight.

Belgium have left themselves a tough task against a wily Croatia side who are dangerous going forward.

De Bruyne could still change things by playing a pass that no-one else can see, so I probably shouldn't write Belgium off - but I am going to. It's the end of an era for them, and they probably haven't achieved what they should have done with the players they have.

Morocco have really impressed me at this tournament, especially with their fitness in their win against Belgium, and they have now gone six games without conceding a goal.

Canada got off to a good start against Croatia but just fell to pieces and are out.

They are not going to change the way they play and I just think Morocco will overpower them, maybe in a similar way to how they beat Belgium, with a couple of late goals.

Switzerland came out on top when these teams met at the 2018 World Cup but Serbia need to win this time to make the last 16, and I think they will win.

Statman Dave had Serbia as his dark horses at this tournament and he knows his football inside out. There's no way he will get this one wrong - but, if he does, I will lose some faith in him.

We've seen Serbia and Switzerland focus on keeping Brazil out and they both managed it for a while.

The difference is Cameroon need to win this game to have a chance of staying in the tournament.

Brazil might make a few changes now they are through but if Cameroon open up and play expansive football against them, things are only going to go one way.

The big issue for everyone in this group is that the runner-up goes through, but probably faces Brazil next.

My hunch is that Uruguay will get second spot. They gave everything in their defeat by Portugal and that desperation might bring them more joy here, although Ghana do carry a goal threat.

Portugal are already through but could still lose out on top spot.

They will not want to run the risk of playing Brazil next, but their goal difference is three better than Ghana so they may think it is worth the gamble and rest some players.

If they do, that might give South Korea a chance.