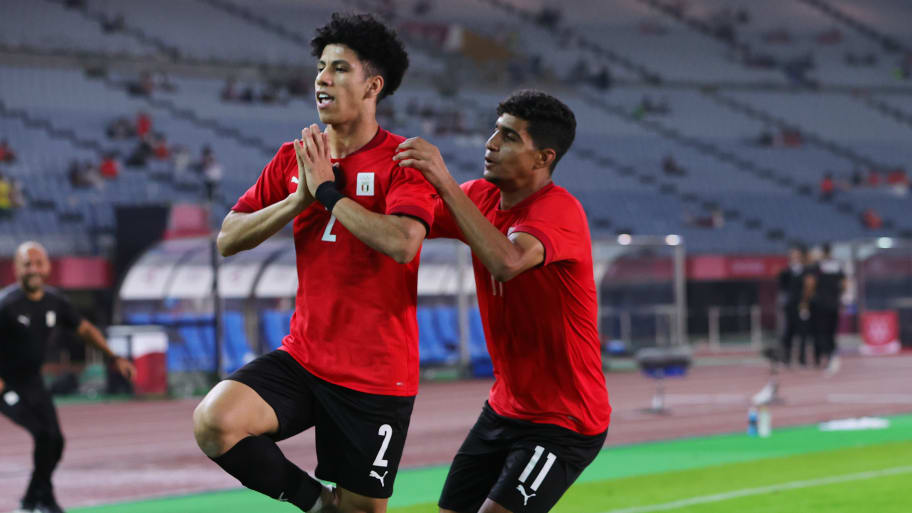 Egypt have a new star on their hands, and he's ready to take on the world. Ladies and gentlemen, meet Ibrahim Adel.

Having made a splash in his home country at Pyramids FC, the 21-year-old has burst onto the global scene with some intriguing performances at international level, earning four caps for Egypt and convincing Mohamed Salah to campaign for Liverpool to bring Adel to Anfield.

Here's all you need to know about him.

Having begun his career in football playing for Al Merreikh at youth level, Adel joined Pyramids' youth setup in 2018 and made his debut for the senior side the following year.

The winger played a key role in the club's second-placed finish in the Egyptian Premier League last season, scoring six goals and assisting another four to cement his status as one of the most exciting talents in Egyptian football.

Having represented Egypt at Under-20 and Under-23 level, Adel made his full debut for the Pharaohs in 2021 and has now earned four international caps.

A quick player with adhesive dribbling ability, perhaps Adel's greatest attribute is his ability to control the ball with any part of his foot. His quick feet allow him to exchange passes with his teammates in tight spaces and he plays with his head up, allowing him to assess passing options and make the best choice more often than not.

Perhaps most notable is Adel's eye for goal, which is perhaps where the Salah comparisons really begin to take shape. You will often find him lurking in the half-space or just inside the box, looking to create space and quickly rattle off a shot before defenders can recover.

At just 5ft8, it's safe to say that aerial prowess is not one of Adel's strengths. While this does not necessarily represent an issue for an inside forward, it could be a turn-off for any manager looking to build a physically imposing side.

Adel is not the strongest player, causing him to get shrugged off the ball too easily at times by opposing defenders. While he is still only 21 and could add greater physicality to his game in years to come, this could present a problem if Adel were to move to a European league in January.

Being relatively two-footed, Adel can play anywhere across the forward line. However, his best position appears to be on the left wing, where he can cut in on his stronger right foot and create opportunities to shoot.

In this position, he resembles Salah less than he does his Liverpool teammate Luis Diaz, who similarly likes to beat opponents with frightening pace and cut in to take shots.

Adel has already earned a high-profile admirer in Salah, who is keen on convincing his club to sign the up-and-comer. However, it seems likely that this admiration is mutual.

Salah has towered over Egyptian football in recent times as undoubtedly the greatest and most successful player the country has ever seen. Given the opportunity, we're sure Adel would jump at the chance to one day emulate the Champions League-winning forward - and maybe even play alongside him one day.

Where could Ibrahim Adel go next?

90min reported on Thursday that Liverpool want Adel, but they aren't alone in the race.

Arsenal, Brentford, Brighton and Nottingham Forest have all been keeping an eye the 21-year-old, who could be available for around £5m.

This article was originally published on 90min as Who is Ibrahim Adel? Things to know about the Liverpool target.