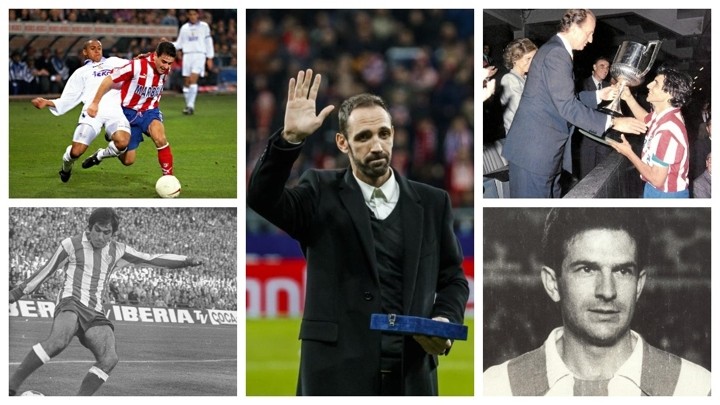 From Feliciano Rivilla to Juanfran Torres, Atletico Madrid have had several tireless right-backs in their history.

Some of them managed to wear the captain's armband, while others rank amongst the players with the most games disputed with Atletico.

Have your say and vote for the best right-back in the club's history.

Atletico organised a farewell game after his retirement with the participation of Pele's Santos.

Rivilla played at the club for 10 years and won one league title, three domestic cups and a Recopa de Espana.

He played in the European Cup final against Bayern Munich and helped his team to celebrate the league titles, two domestic cups and a one Intercontinental Cup.

Only Adelardo Rodriguez exceeds the 483 games that Renones played with Atletico.

In his 13 years with Los Rojiblancos, he managed to win one LaLiga Santander title, as well as one Copa del Rey and one Supercopa de Espana.

He ranks fourth in most games played for Atletico, with 456 matches across two spells at the club.

Aguilera, who won two Copa del Rey trophies, captained the team after Renones departure before passing on the baton to Fernando Torres.

Although his natural position was as a winger, he converted himself into one of the best right-backs in LaLiga Santander.

With Atletico, he lifted one league title, along with one Copa del Rey, two Europa League trophies and two European Super Cups.