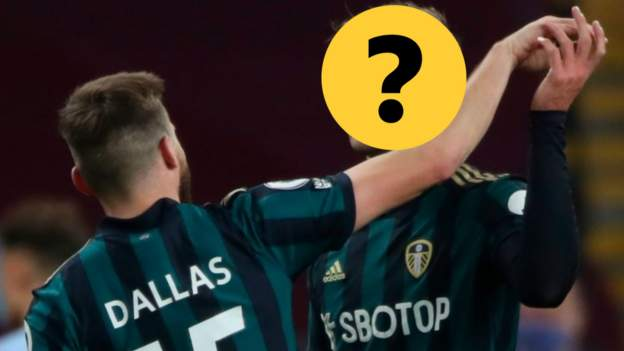 Liverpool won to move level with city rivals Everton at the top of the Premier League after Carlo Ancelotti's side were well beaten by Southampton on Sunday.

This round of action also saw Patrick Bamford inspire Leeds to a fine win at Aston Villa, West Ham hold Manchester City, and Manchester United and Chelsea share a stalemate.

After four days of action, here's my team of the week. Have a read and select yours at the bottom.

Edouard Mendy: It's early days but if the two saves by Mendy against Manchester United are anything to go by then Chelsea may have found a decent goalkeeper at last.

The save from Marcus Rashford with Mendy's outstretched right foot when the Blues had been cut open was exceptional. However it was his second save from Rashford that impressed me. The way Mendy moved his position so he could get sight of the ball and then did the same again in order to make the save was top class.

I've seen Kepa Arrizabalaga make excellent saves - in fact he's even made my Team of the Week on occasions - but this is now about consistency and Mendy has that to prove. But so far so good.

Did you know? Mendy became the first Chelsea goalkeeper to keep a clean sheet in his first two Premier League games for the club since Petr Cech in August 2004.

Trent Alexander Arnold: The youngster was at it again on Saturday against Sheffield United. Spraying balls around the pitch with that wonderful right foot of his like he was handing out leaflets at a party conference.

The pass for Mohamed Salah to score - only to see VAR rule the goal for offside - was so effortless and absolutely gorgeous. It didn't just split the Sheffield United defence in two, it literally dissected it.

As for the Blades, they have been a tad unfortunate in the games I've seen so far. However if they intend to survive in the Premier League this season then they can't start feeling sorry for themselves. Especially now that I'm just starting to warm to them.

Did you know? Alexander-Arnold made more passes than any other player on the pitch at Anfield (98) and created a game-high three goalscoring chances for teammates.

Thiago Silva: Chelsea have not had a player at the back like this for some time. Defenders don't come more accomplished than Silva.

The former Brazil international has brought a desperately needed calm to the Blues defensive line up. His positional sense and reading of the game are his specialities. Had it not been for Silva, his former Paris St-Germain team-mate Edinson Cavani would have almost certainly found himself on the scoresheet. At 36, Silva looks like he's never been in a pub in his life. What a pity for Chelsea he's not a few years younger.

Did you know? Silva completed more passes (77) than any other player on the pitch at Old Trafford (94% accuracy) and made a joint-game-high six clearances.

Luke Ayling: The clearance off the line by Ayling from Jack Grealish's shot at arguably the most crucial time in the match against Aston Villa was absolutely brilliant. The Leeds captain's instincts took him to the area where he knew his goalkeeper was exposed. It was exceptional defending.

Leeds are fifth in the table with 10 points and look like a team that can survive in the Premier League as long as they don't run out of gas. It is a real shame that Leeds United fans are not permitted to follow their team around the country singing their anthem. Their team will need that inspiration in the second half of the season, especially during their run-in.

Did you know? Ayling made a game-high three blocks and challenged for more aerial duels than any other Leeds player (7).

Wilfried Zaha: Zaha scored his fifth goal of the season against Fulham and everyone seems to be jumping up and down about it. The Ivory Coast international should be hitting double figures every season with the ability he possesses.

Provided he stays fit Zaha should be hitting 15 goals this season. With that kind of goal return Crystal Palace would be entitled to expect the astronomical fee they have placed on his head.

At the moment he is a player with a box full of tricks but if he can turn those tricks into goals then Crystal Palace are not only in for the best season they have had for some time but can cash in at the end of the campaign. Everybody wins.

Did you know? Zaha has scored five goals in his last six Premier League games for Crystal Palace, as many as in his previous 41 combined.

James Ward Prowse: All credit to Southampton as they continue to improve under Ralph Hasenhuttl and a little bit of magic from Ward-Prowse did the trick against a woeful Everton.

What was that? This wasn't the Everton I saw batter West Ham, beat Crystal Palace away from home and flatten West Brom. They played in a putrid green third kit at Southampton and were 2-0 down before you could say Stanley Park. In fact their performance wasn't much better than the colour of their kit. It was an Everton horror show.

Did you know? Ward-Prowse has scored 13 Premier League goals under Hasenhuttl, in 64 games – three more than he managed in 173 appearances for seven different managers for Southampton (10).

Phil Foden: There has been a lot of hype around Foden since he burst onto the scene and, in my view, the Manchester City youngster still has a lot of developing to do before he replaces the contributions of Yaya Toure or David Silva - although the potential is there.

Against West Ham, Foden came on and looked hungry and determined and took his goal exceptionally well. As long as he doesn't let the excesses of the game get the better of him he has a real chance.

That clip around the ear from Gareth Southgate while on international duty for that nonsense in Iceland won't do him any harm either.

Did you know? Manchester City have never lost a match in any competition in which Foden has found the back of the net (W15 D1).

Michail Antonio: I never thought Antonio would ever have the sort of impact West Ham would rely upon as much as they have in recent weeks. He's not in the same class as Paolo Di Canio or Dimitri Payet for example. These were players blessed with enormous ability and were crowd pleasers. What they lacked in endeavour they made up for with artistry.

Antonio is all about endeavour. His goal against Manchester City on Saturday would have tested the talents of Di Canio and Payet at their best. In fact Antonio is giving the Hammers a focal point they have not possessed since Marko Arnautovic left. Remember him?

Did you know? All 39 of Antonio’s Premier League goals have been scored from inside the area - the only current Premier League player to have scored more goals which have all come inside the box is Gabriel Jesus (42).

Harry Kane: It may have been Son Heung-min who scored Tottenham's winner at Burnley, but it was Kane who won them the match. His performance at Turf Moor was nothing short of brilliant.

His header off the line with Hugo Lloris beaten was quite extraordinary. I can't remember ever seeing a striker with such natural defensive instincts. It was his header at the other end of the pitch from a corner that found Son free in the box to convert. The two strikers are forging what can only be described as a telepathic understanding on the pitch.

Did you know? Kane has recorded eight assists in six Premier League appearances this season, the most he has ever provided in a single campaign in the competition.

Patrick Bamford: I saw this lad play when he was a scholar at Chelsea and thought he was an exceptional finisher but couldn't play. I was fascinated with his moves to various clubs and followed his progress but never thought he was good enough for the Premier League.

What I've seen so far this season from him only increased my curiosity. His hat-trick against Aston Villa on Friday won my respect and admiration. Goals two and three were top-class finishes but his willingness to work for the team has left me mesmerised. I have deliberately resisted selecting Bamford for my Team of the Week because I wasn't sure about him. I am now.

Did you know? Bamford is only the second player to score in each of Leeds United's opening three away games in a top-flight league season, after Gordon Hodgson in 1937-38.

Sadio Mane: Mane had a header saved which rebounded for Robert Firmino to score the equaliser against Sheffield United. He then produced a wonderful cross for Diogo Jota to score the winner. However when the ball came to Mohamed Salah with Mane well placed alongside him the Egypt international chose to go it alone and hit the post.

When Mane politely protested, Salah gesticulated that he had to go for the shot. No he didn't. A pass to Mane and Liverpool would have gone 3-1 up. Salah needs to be careful, I've seen him sacrifice his team-mate before for glory. The reason Liverpool have been so successful is due to the collaboration of their front three. Didn't the Beatles break up over something rather petty?

Did you know? Mane has been directly involved in five goals (four goals, one assist) in his last four Premier League games, more than in his previous 10 such games (four goals).

Far be it from me to challenge the thoughts and opinions of the great British public or my esteemed football colleagues but I did take exception to the recent BBC poll listed as 'All Time Greats' this week in celebration of Pele's 80th birthday.

Pele is for me the greatest footballer that ever lived simply based on his record. No one has scored as many goals or won as many World Cups - it's as simple as that. The rest is subjective of course but I had to scratch my head in wonderment when I saw that Maradona had been voted into fourth place behind Lionel Messi and Cristiano Ronaldo.

A fair point I think if either Messi or Ronaldo had ever won a World Cup. In fact Messi has often been a disappointment on the World Cup finals stage. So how do we judge our all-time greats?

I would argue that one of the reasons why Maradona was excluded from the top three was due to his 'Hand of God' moment against England in 1986. I dare say his excessive lifestyle, which has tarnished the Maradona brand, may have also had something to do with his ranking.

He won't have been the only footballer to have ever cheated in order to win a football match and nor will he be the last. And if the lifestyle of a footballer can damage his legacy then where does that leave George Best or Paul Gascoigne in the pantheon of British greats?

No, it must be the record of the individual that counts otherwise history is merely about what we feel and what we think. Yes, of course opinion matters but, if we disregard achievements for opinion, it is much easier to bury the truth just because it suits us. The beautiful game is not just played by only beautiful people. It's played by villains as well.