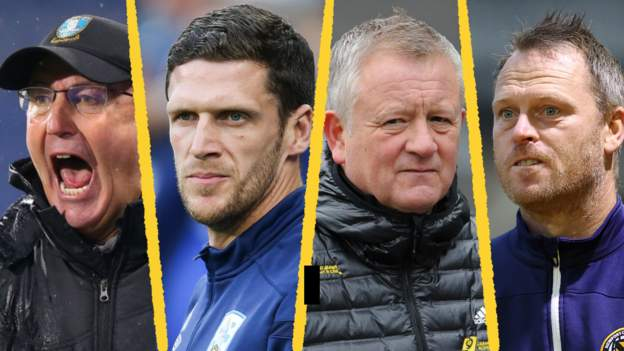 Mick McCarthy's spell as Cardiff City manager came to an end following the 2-0 home defeat by Middlesbrough, their eighth consecutive loss and the worst run in the club's history.

McCarthy had been in charge at the Cardiff City Stadium since January and despite a promising start, which saw an 11-game unbeaten run, the Bluebirds missed out on last season's Championship play-offs.

Cardiff have not won since September and with fan discontent increasing, coupled with a record sixth successive home defeat, McCarthy and the club parted company by "mutual agreement and with immediate effect."

Cardiff City now have a crucial decision to make given the club are only one place and two points above the Championship relegation zone.

Former Sheffield United boss Chris Wilder is the early favourite for the job according to the bookmakers, thanks in part perhaps to the fact that he was spotted in the stands at Cardiff's game with Fulham last Wednesday.

Wilder has the experience which may well appeal to the Cardiff hierarchy, while his impressive CV means it would be a coup should they make him their next boss.

However, Wilder's stock is high and at this stage it is believed the 54-year-old would be reluctant to take the job.

One name under consideration is former Chelsea assistant boss Jody Morris, who is available and came close to landing the Swansea City head coach job before Russell Martin was appointed in August.

Chris Hughton, a free agent following his departure from Nottingham Forest, and former Preston and Norwich boss Alex Neil are among others with Championship know-how who are currently out of work, along with the likes of Alan Pardew and Tony Pulis.

At this stage, amid suggestions under-23 coaches Steve Morison and Tom Ramasut could be in charge for the next three matches, it seems Cardiff are some way from deciding which way to turn next.

Here, three former Cardiff favourites have their say on the managerial situation at their old club.

"For me I would look no further than Mark Hudson who was the captain at Cardiff for many years, he lived in the area, he's done his coaching badges, he's studying the game, I think he would be a great option," Chopra said.

"You look at what Russell Martin's done for Swansea and how they play football, you've got to give these guys a chance, why keep going for someone more experienced?

"Cardiff City have done that for many years and it's not worked out, so they've got to try and look at something different."

"The person that comes in has got to realise that there's going to be no money and that it's going to be a difficult task to try and turn it around," Ledley said.

"I've heard rumours that Chris Wilder, the ex-Sheffield United manager was at the [Fulham] game so there's links there.

"Mark [Hudson] is an up-and-coming manager, who I know very well and he's hungry to and get into the game. Mark would be perfect for what he's achieved at the club but

"But I think Mark will have to wait his time and then you've got Wilder who's got the experience.

"I know Neil Lennon's out there still, who I worked with at Celtic and who would definitely be interested.

"There's going to be a lot of interest in Cardiff. It's down to the club to make the right decision."

"It's a football club that the fans pay a lot of money to watch. All they ask for is a team that works hard, that tries, and a club they can see trying to find a way to be successful," Perry said.

"They haven't got any of that. There is no way out of this unless Cardiff City have somebody on board that can plan. Unfortunately for Mick McCarthy, he is the manager who has taken the brunt of all the years that have gone before him.

"The lack of planning means they have a changing room with a lack of balance, a lack of characters. You can shuffle it as many times as you want, you can't get a team out there that can win games.

"They have also got no money because managers have been allowed to waste money.

"Cardiff have to plan to get to January and have somebody in place who can grind out results. Then in January, the second plan - that is having somebody who can spend, bring players in who can not only survive but can take us near where we want to see ourselves in the future.

"That isn't cheap. That isn't easy. There aren't a lot of managers out there who want to take Cardiff City in its present predicament."

Steve Morison will be holding the fort until Cardiff get somebody in but it's unlikely he'll get the job permanently at this juncture.

If he wins three games on the bounce you never know, but I don't see it at this time.

Chris Wilder would be their first choice if they could get the deal done.

We know he's not in work and we know he watched the Fulham game on Wednesday. I don't believe that was just a coincidence.

It's whether Cardiff could come up with the finances to attract Chris Wilder and whether he would take over at a club where there's no money.

We'll see whether this next appointment leads to a reset of the club.

But I'm not sure they can do in a relegation fight, which they are in.