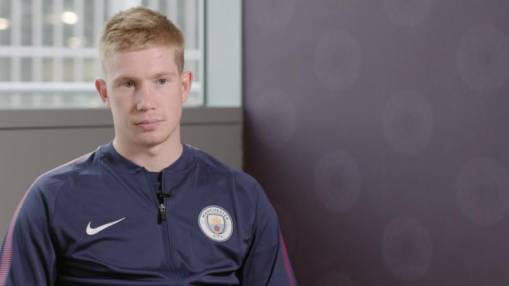 The three finalists for The Best FIFA Men's Player award has a very familiar look to it with Cristiano Ronaldo, Lionel Messi and Neymar once again sharing the podium when it comes to a top individual prize.

No player other than Ronaldo or Messi has won either the Ballon d'Or or FIFA's award since 2007, when Kaka scooped both prizes for his Champions League-winning exploits with AC Milan.

But the duopoly of Ronaldo, 32, and 30-year-old Messi has to end at some time -- who will be the next new name to be heralded as the world's best player, and when will it happen? ESPN FC's club correspondents share their thoughts.

ARSENAL: Alexis Sanchez and Mesut Ozil are world-class players, but it would be a stretch to call either a genuine candidate. Both can be unplayable on their day, but both also have flaws and too many dips in form to be counted among the game's true elite. And behind them, there's still a big gap in quality at Arsenal. -- Mattias Karen

BARCELONA: Lionel Messi may not win it this year but he's started this season in such fine form that he's already the early favourite for next year's award. After the Argentina captain, Barca will hope to breed another Ballon d'Or winner in Ousmane Dembele. Arsene Wenger's already tipped the France international -- who came third in the running for the 2017 Golden Boy award this week -- as a potential winner of the most coveted prize and Barca were certainly thinking in the same way when they spent over €100 million on him. -- Sam Marsden

BAYERN MUNICH: Realistically, there is no one in line when you consider goalkeeper Manuel Neuer should have won this after almost single-handedly leading Germany to 2014 World Cup glory. Robert Lewandowski -- who recently expressed his disillusionment with the process in an interview with ESPN FC -- to would have a minor sniff of honours in the future, but only if he left the German champions and scored 40 goals for Real Madrid, firing them to another Champions League success. -- Mark Lovell

CHELSEA: Eden Hazard was the Premier League's outstanding attacking player last season and the main man in Chelsea's title triumph under Jose Mourinho two seasons previously. Still only 26, the Belgium forward could be a strong contender if Messi and Ronaldo begin to wind down in two or three years' time, but he'll need to deliver in the Champions League to stand a chance of breaking the duopoly. -- Greg Lea

LIVERPOOL: Philippe Coutinho is beginning to show the levels of consistency that justify Ballon d'Or nominations. At 25, there is still time for the Brazil playmaker to take his game to the next level and become a realistic contender to win the award. However, whether he makes that step up at Anfield remains to be seen. Barcelona have a long-standing interest in the player, who has already made it clear he does fancy a move to the Camp Nou. Coutinho may win the Ballon d'Or one day, but there's a good chance he won't be a Liverpool player then. -- Glenn Price

MAN CITY: Kevin De Bruyne is becoming the perfect playmaker in the mould of Xavi and Andres Iniesta, who regularly finished behind Cristiano Ronaldo and Lionel Messi in the top three during Barcelona's heyday under Pep Guardiola. De Bruyne is the central figure of Guardiola's Manchester City and if he can lead them to Champions League glory at some point in the next couple of years, the Belgium international could earn the ultimate personal honour. -- Jonathan Smith

MAN UNITED: You can make a case that David De Gea already deserves to be considered alongside Messi and Ronaldo as one of the best players in the world in his position, but goalkeepers do not tend to get the top awards -- Lev Yashin's Ballon d'Or in 1963 is the only time a keeper has been crowned. Beyond that, France midfielder Paul Pogba has the ability to be one the best in the world, it's just the consistency of top-level performances that is missing. -- Rob Dawson

PSG: PSG possess at least two players capable of breaking up Messi and Ronaldo's dominance of football's biggest individual awards in the future. In Neymar and Kylian Mbappe, they may even have the new Messi-Ronaldo rivalry within their own ranks. Midfielder Marco Verratti also boasts enough talent to challenge for such accolades in the future, even if he is not as obvious a contender as Neymar and Mbappe. -- Jonathan Johnson

REAL MADRID: Madrid captain Sergio Ramos has gone on record several times about his ambition to reach the Ballon d'Or podium at least, however at 32 next March that possibility has surely passed. Next in line at the Bernabeu are playmaker Isco, 25, and -- perhaps more intriguingly, Marco Asensio. The 21-year-old is the long-term successor to Ronaldo on the left of Madrid's attack, and his ability to score outstanding goals at significant moments could see him follow the Portugal star on to the individual awards' podiums too. -- Dermot Corrigan

TOTTENHAM: Harry Kane says he wants to emulate Lionel Messi and Cristiano Ronaldo, and his double against Liverpool moved him to 45 goals for club and country in 2017. If he has a strong November and December, he could genuinely finish the calendar year with Ronaldo-like numbers and he could be a genuine contender for the next Ballon d'Or, particularly if he can help Spurs to silverware. -- Dan Kilpatrick