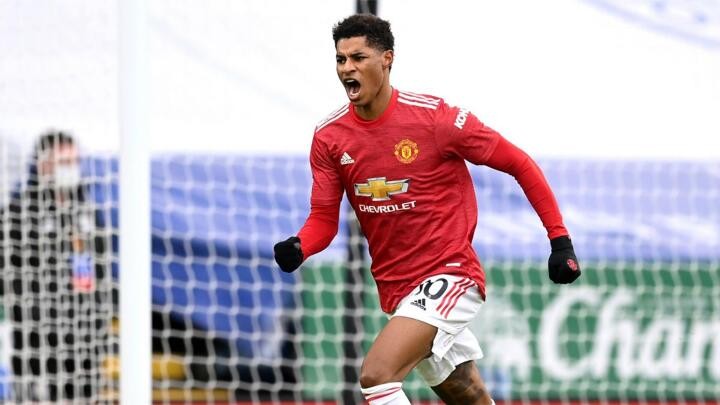 Marcus Rashford has offered a potential explanation as to why Manchester United have been awarded so many spot-kicks in the past couple of years.

Manchester United's Marcus Rashford says an increase in penalties awarded to the Red Devils seems to have coincided with advice handed down by José Mourinho during his time as Old Trafford boss.

United have established a remarkable knack of winning spot-kicks over the past couple of years, comfortably earning more than their Premier League counterparts.

Under Ole Gunnar Solskjaer in the league, United have been awarded 27 in a little over two years, which is already the joint-ninth most ever won by a Premier League manager at one club.

Those 27 have been won in just 76 matches – the other two managers on the same number of spot-kicks won are Roberto Mancini and Mauricio Pochettino, who needed significantly more matches (133 and 202 respectively).

The issue was raised recently by Liverpool boss Jürgen Klopp, who claimed United had won more in two years than the Reds had in five-and-a-half years with him – while that is not strictly correct, as the German has won 30, Solskjaer's team are clearly being awarded them with much greater frequency.

Many managers, pundits and fans alike have offered suggestions as to why United get so many, with conclusions ranging from accusations of diving to the idea they simply have more committed dribblers than other teams – but Rashford has an alternative assessment.

Mourinho told me to be more "savvy", says Rashford

Speaking to the Football Writers' Association, Rashford said: "It [appealing for penalties] is worse in training than it is in games – we're having arguments in [training] games, shouting at whoever the referee is, so like you can imagine it's a lot worse in training.

"As a forward line we want to go score goals. Whether you're making runs in behind or dribbling, if you can see a challenge coming you don't want to get tackled because you're looking at an opportunity to score, so there's no way you're going to let someone take the ball off you.

"So, it's just a case of us wanting to score goals and teams wanting to defend goals, penalties can happen.

"But there's been times when we've not got penalties. I remember when José was manager, there were five or six times I can remember where I should've had a penalty and José ended up saying to me if you're not savvy about the way you do it then you're not going to get it.

"After that we started to get a few – in terms of development, you have to learn it and understand it."

Liverpool and Klopp host title rivals United in an eagerly anticipated top-of-the-table clash on Sunday – no doubt the Reds' manager will be keeping a keen eye on any penalty appeals made by the visitors.