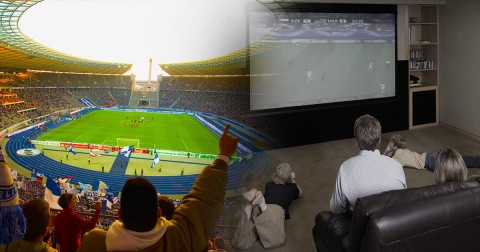 Many people don't get why football is so popular. Twenty-something men kick the ball and receive a lot of money. But despite the pandemic, the public is still buying tickets on CheapoTicketing and attend many live games. They also place bets and participate in fun tournaments.

We'll discuss what makes football so unique and why you might find it interesting right now, on the European Championship eve.

Enjoying activities is a great way to reduce stress, expand your horizons and learn new information. It also helps you meet new people.

Fans interested follow match dates and meet up with their friends at the pub or on the field to discuss the topic. They can also buy and wear the jerseys of the national or club teams and paint their faces in tricolor during match days. Fanaticism is visible even when you are traveling. You want to visit a local stadium, go to a game or do something new.

People look forward to seeing soccer matches. People "jump" between different television series, while others go to the theatre, while others choose football as their entertainment. This entertainment brings together millions and even billions of people with entirely different backgrounds. One person enjoys football because they want to cheer for their favorite team. Some cheer for their national teams, while others simply enjoy the game. The latter group is more open to the game's beauty and can be objective about the event outcomes.

Football is a spectacle that draws a lot of people on a large scale. It is the most popular sport and event, with the highest participation. People of all faiths, occupations, and political views gather in stadiums to support a common cause for ninety minutes.

It's an emotional rollercoaster.

Although football can be a fantastic sport, it can also be unpredictable. Each game is unpredictable. Even if the game is not your favorite, you start to worry, shout, and jump when the excitement builds.

Although it is not widely believed, football has an aggressive component. This is based on psychological analysis and instinct. It is not violence at play but rather our basic instincts and competitive spirit. If you were able to see the game, you would have felt the spectators' anger and sympathy. You may have also felt it yourself as players were punched in their faces, shoved, and stumbled.

The game's participation releases emotions not only in the players but also in the spectators, even if we don't take into account the different football fan groups. However, for the general public, the national team's win results in the release of many emotions and a celebration of life, joy, and enjoyment.

According to scientific research and observation, viewers' adrenaline levels increase when their team wins. In some cases, emotions can "burn" calories which can reach several hundred. Emotions from soccer can help to distract attention from work-related concerns, worries, struggles, and fears.

You can learn how to analyze things.

You will be amazed at how strategic the game is once you start playing. As you move through the learning program, you will also be able to analyze and detect team tactics, play passes, attacks, counter-attacks, differentiate between teams based upon their style of play, and track the progress of one coach.