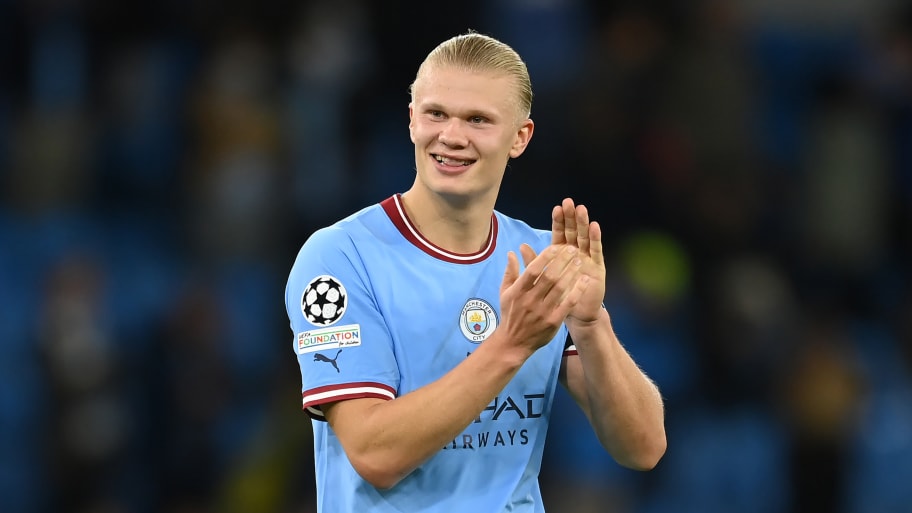 A Norwegian documentary has revealed the process used by Erling Haaland for picking his new club at the end of last season, detailing how the striker came to choose Manchester City over the likes of Real Madrid and PSG.

Haaland: The Big Decision, released on Scandinavian streaming platform Viaplay, depicts Haaland and his father Alf-Inge devising a points-based system with which to rank potential suitors for the 22-year-old.

Factors included whether or not the club was in need of a new number nine, which would have played in City's favour after famously playing the 2021/22 campaign without a recognised striker in their squad.

The Haalands ultimately narrowed their list down to a final group of seven. Interestingly, there was no room on the list for Manchester United, who had been linked with Haaland before he joined Borussia Dortmund in 2020.

"On our list, I think City is the best team," Alf-Inge is shown saying in the film, months before any final decision was made. "[Bayern] Munich is number two. We have Real Madrid as number three, Paris Saint-Germain as number four.

"We also have some English teams other than City who are quite good...Liverpool and Chelsea. Also, there is Barcelona. They are sort of in the same row."

This data-based approach appears to have paid dividends for Haaland, who has made a phenomenal start to life at the Etihad Stadium with 14 goals in his first 10 appearances.

Haaland will take on Manchester United in his first Manchester derby this weekend.

This article was originally published on 90min as Why Erling Haaland chose to sign for Man City.