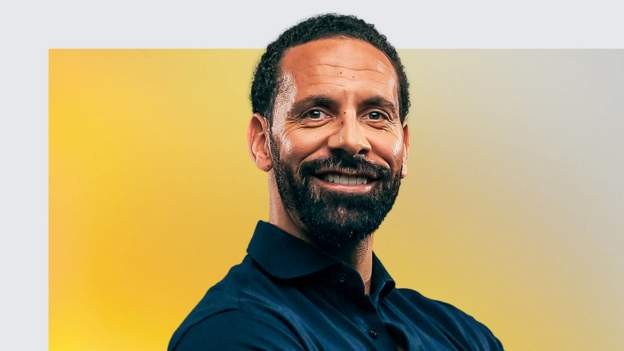 Stop Kylian Mbappe, and you stop France - he is the only reason I fear them.

The good news for England is that Kyle Walker is definitely fast enough to deal with Mbappe - he is probably the only defender on the planet who would be happy to take him on in a race, one versus one.

But this battle is not just going to be about raw pace alone. Mbappe's intelligence makes Walker's task on Saturday much harder than that.

To get through it, Walker is going to need some help out there, so the team's approach and the focus of the players around him will be crucial too.

It is going to be fascinating to watch, and success or failure for England could come down to the finest of margins - Mbappe knows one tiny lapse is all it takes, and he will be away.

Concentration and anticipation are both crucial

Plenty of defenders could keep Mbappe quiet for an hour or so, but only the very best can do it for 90-plus minutes.

It's not just about keeping your concentration for the whole game when you face a player like him; it's about anticipation, and making sure everything else is perfect too.

If Mbappe decides to go at you, and you make the wrong decision by half a centimetre or half a second - or you even just face up to him from the wrong angle - then forget about it, because he has gone.

I'm sure Poland's Matty Cash could tell you all about how that feels, after they lost to France in the last 16 and Mbappe scored two fantastic late goals.

There were two chances that Mbappe created in the first half where he went at Cash on the outside, and the Aston Villa right-back could have done better - his angle of approach was slightly wrong and, if he'd sorted that out, he probably stops the cross.

Even so, for most of the game, Cash did all right. He was probably thinking 'I'm doing a decent job against him here'.

With a player like this, though, that can change in an instant. You can be defending well but then the game is taken away from you with one moment of brilliance, as Cash found out the hard way.

The moment you give Mbappe time, he's a problem

Walker and Mbappe will have their own personal battle but there will be other England players doing their bit too.

I would start the same team that played against Senegal and I think Gareth Southgate will pick Jordan Henderson again in midfield for two reasons.

Henderson is what I would call a responsibility-led player because while he can press a bit, he frees up Jude Bellingham and releases him to be more dynamic going forward.

On top of that, he can protect and double up with Walker down the right flank like he does for Liverpool with Trent Alexander-Arnold, which is going to be so important here.

I remember playing for Manchester United against AC Milan at the San Siro in the Champions League in 2005, when we had Cristiano Ronaldo absolutely on fire for us.

Ronaldo was up against Cafu down the left but Gennaro Gattuso was coming out there and coming at him like a caged animal with so much energy and aggression every time he got the ball, helping his full-back out.

I see Henderson doing exactly the same, because the moment you give Mbappe time, he is a problem.

So, we need someone to get close to him and rock him, so he cannot get his head up and set himself to go.

That's the only criticism I'd probably have of Cash and Poland overall - I didn't see any of their players get right next to him and try to put him off balance or leave their elbows in his Adam's Apple, that kind of stuff.

You have to make it a physical battle too, within reason of course, to make sure he is not thinking he will just get a free run through.

Because, trust me, everyone else will do that. If, say, Argentina play against someone like Mbappe then he is coming off the pitch with cuts and bruises. We can't be too nice and just let him play.

'Go and challenge and don't look back - I'll be there'

I faced quick and clever players like Thierry Henry, Michael Owen, Nicolas Anelka all the time in the Premier League, and Adriano and Samuel Eto'o in the Champions League too.

There were other players from all over the world that I'd be playing against and thinking 'wow, they are lightning' but I was never scared, I just knew I had to be ready.

Playing for Manchester United, if there was anyone quick down Gary Neville's side, I used to say 'don't let them face you'. I would tell him to go in and challenge them when they got the ball and not let them turn and come at us - to make them play the ball backwards, basically.

I would tell him to do that every single time, even it felt a bit alien and he was coming out of position to get close to the attacker because if anything came over the top and they span away from him, I would be there.

I was the centre-half and if I wasn't there, it's my responsibility, so I would say 'don't look back when you go - I will be covering you'.

Walker and John Stones might do things differently, but these are the type of conversations that England's back four will have been having all week. They will all have to adopt their game, and their positions, to deal with Mbappe's threat.

As I said at the start, Mbappe is not just quick, he is clever too. His response to all of this is the bit I'm looking forward to as well.

We know what a fantastic player he is but if England come up with a plan to lock him down, I want to see how he finds a solution.

Does he move away from Walker, to another part of the pitch? Will he smell a weakness elsewhere and will he have the licence to wander?

He might change the way he plays, too. Against Poland he just wanted the ball to feet all the time, but he could easily decide he is going to run behind our defence instead.

And if he does get past Walker and gets at our two centre-halves, it is all over - it is going to be a long night for England if that keeps happening, but even once could be enough.

Why it's vital Walker has minutes in the bank

None of this will faze Walker, who is not just one of the fastest players in the Premier League, he is one of the most experienced too.

He has faced Mbappe four times already, including on huge occasions like in the 2020-21 Champions League semi-finals, and at 32 he has been there, seen it and done it against all the best attackers in the world many times before.

Walker and Mbappe have met four times before while playing for club and country, with Walker winning three of their Champions League meetings between Manchester City and Paris St-Germain. Mbappe won their only international meeting and set up Ousmane Dembele's winner when France beat England 3-2 in 2017. Mbappe scored two goals and made one assist in those four matches

The only thing that might be on Walker's mind this time is his fitness after his groin injury, which is why it is vital that he played the full game against Senegal in the last 16.

Some people were saying he shouldn't have been risked because he is so vital against Mbappe, but you have to look at it from the player's point of view.

Walker was out for two months before he played an hour against Wales in our final group game so, if he had been rested, he would have been going in against possibly the best player in the world - who is in amazing form too by the way - with only those 60 minutes in the bank.

I'm sorry, but if that's the case you don't go into the game feeling confident.

When I played, I always needed minutes going into a big game. I didn't want questions in my head when I got to 75 minutes about whether my body would be fatigued and shutting down.

I wanted to know I could get to that point and get through it, because that could be the spell where we are under the cosh. If the lactic acid is kicking on and you are struggling physically then that might be the moment where you make a tiny mistake that costs your team the game.

Walker is through that territory now, because he has played a full match.

Facing Mbappe is a different proposition to playing Senegal, of course, but he has got those minutes now, and that is such an important part of it - he will be ready, I'm sure of that.

Rio Ferdinand was speaking to Chris Bevan in Doha, Qatar.