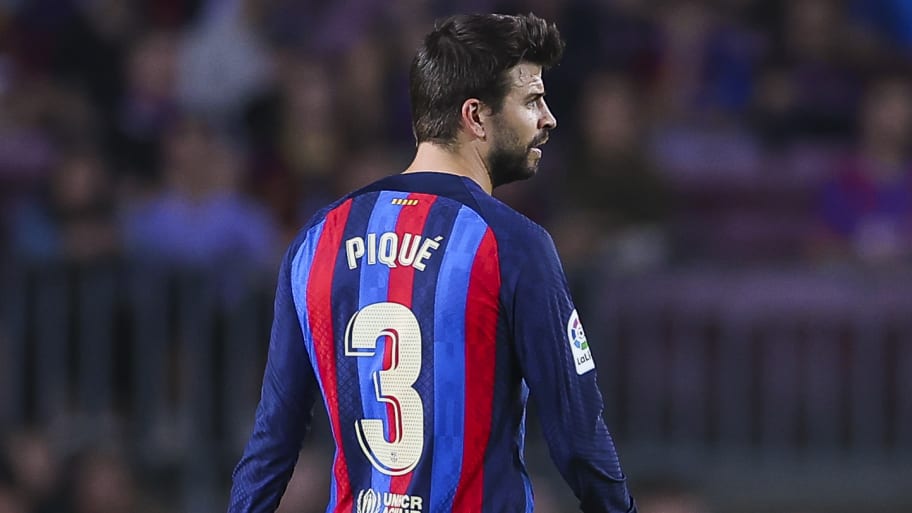 Gerard Pique shocked the world earlier this week when, out of nowhere, he confirmed he would walk away from Barcelona after Saturday's visit from Almeria.

The 35-year-old is deservedly seen as one of the greatest centre-backs of all time, having won everything there is to win in Spanish football - both for club and country - but few expected to see him hang up his boots in such abrupt fashion.

Here's a closer look at what's going on.

His promise to himself

To understand Pique's departure from Barcelona, it's important to focus on an interview the centre-back gave with El Pais in October 2021.

"Of course I'm getting older and when I see that I am not as important as I have always been, I will go," he said. "I won't be the fastest, but I can compete against the best and not feel inferior. As long as it's like that, I'll play.

"I will retire at Barça. That is certain. What I will not accept is to retire as a substitute. Let's see, if it's the last three months of a season and it's my turn to sit out, that's different. But a whole year on the bench? No, I don't feel like it."

Pique's willingness to retire if his role started to diminish was tested in the summer of 2022 as manager Xavi made it clear to the veteran that he would not be a core part of his squad going forward.

Jules Kounde was an expensive arrival, Andreas Christensen arrived on a free transfer and Ronald Araujo had already established himself as the new leader of Barcelona's defence.

Pique was firmly down in the pecking order, with Eric Garcia also ahead of him, and the situation was made perfectly clear in October 2022's 1-0 win over Valencia, in which Marcos Alonso was brought off the bench as a centre-back ahead of Pique.

The 35-year-old was now evidently the sixth choice in his position, and his insistance that he would not sit on the bench all year came into focus.

In the background of Pique's playing situation is Barcelona's perilous finances. The Blaugrana are desperately trying to trim their wage budget and have been asking players left, right and centre to take wage cuts.

The situation with Pique is a special one as the centre-back, whose contract was due to run until 2024. was actually the highest earner at the club. Reports have suggested Pique's salary sat at the £425,000-a-week mark.

Those in charge at Camp Nou were, understandably, unhappy to be paying so much money to a player who was not even close to the starting lineup, and pressure was put on the centre-back to agree to a significant wage drop.

While rumours that Barcelona were praying for Pique's retirement were never verified, they came as no surprise. Barcelona were desperate to trim their wage bill, and by stepping aside, Pique has taken an enormous chunk away.

This article was originally published on 90min as Why is Gerard Pique leaving Barcelona?.