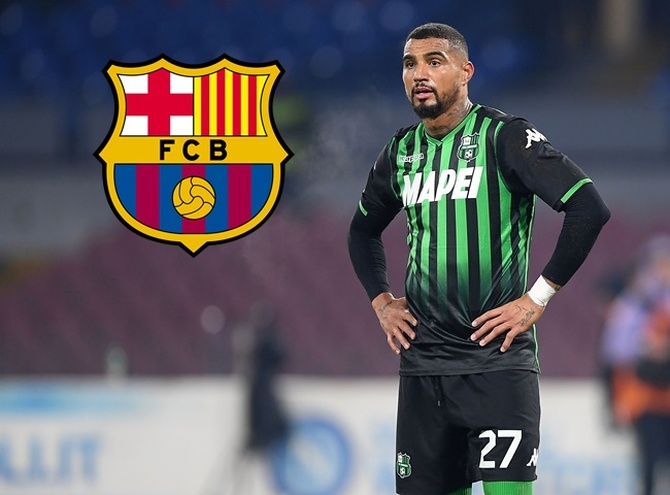 Kevin-Prince Boateng has signed for Barcelona

It seems like with every transfer window, a bombshell from Barcelona follows. In summer of 2017, the Catalan club caused a stir with Paulinho signing. Almost 18 months after, a bigger surprise parcel in Kevin-Prince Boateng arrived Camp Nou from Sassuolo.

Even with Lionel Messi in his usual alien form, Barca frailties in attack beamed. Luis Suarez, too, hasn't put a foot wrong. Together with Ousmane Dembele, the trio have been impeccable in the final, burying over 50 balls.

Dembele’s injury against Leganes further brought Ernesto Vervelde’s offense to bare bones. Something urgent had to be done.

Boateng would be the least potential candidate on the faithful's mind. The 31-year-old wouldn't care much. He is living his dream in the twilight of his career. Miracle.

There's been some touching fairytale transfers in recent time. Boateng's would perhaps ranks among the greatest. He is a 31-year-old who failed to cut at Tottenham Hotspur and continued to wandered afterwards.

In the last decade, the Ghanaian has toured four different countries, scrapping the barrels in seven clubs.

At his presentation on Tuesday, Boateng looked as surprised with the news as everyone else. “I said to my agent I would run all the way to Barcelona, not take the plane. I’m very happy. These couple of days have been incredible.”

While he isn't the exquisite buy Barca fans may have craved, Boateng will solve an impending conundrum at the club which help with increasing the odds of winning when betting with Doxxbet.ng.

Although he won't start too many games, he will come in to see off games and offer some time off the likes of Messi and Suarez.

On his day, the Ghanaian is an unpredictable asset. He is quick, dynamic, physically strong and well-rounded. Those attributes comes with plenty of goals, aggression, flair and dribbling skills.

A versatile and tenacious player, his game has a particular dependence on "sheer strength, power and energy."

"In the first six weeks of the season in Serie A, the best player in the league was Kevin-Prince Boateng.”