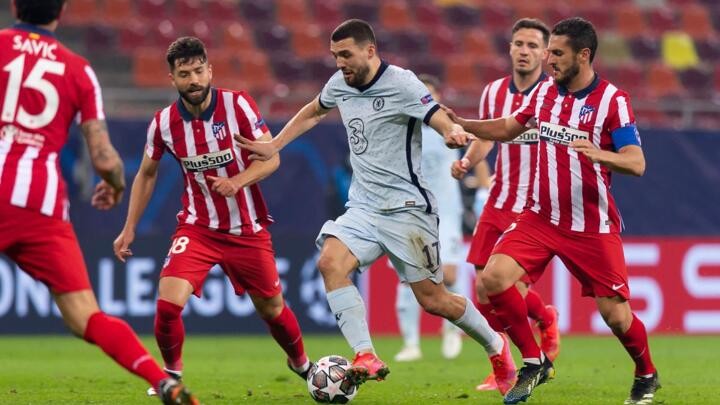 Mateo Kovacic is Thomas Tuchel's go-to man in central midfield, with the Croatian's dribbling ability a huge part of his appeal.

Those Chelsea fans who reacted angrily to Frank Lampard's sacking appeared to settle upon a conclusion when it came to what the problem was at Stamford Bridge.

The youth products given the opportunity to shine in the Chelsea first team by the club's all-time leading goalscorer were not the problem. They were giving supporters a bright vision of the future and a recognisable identity.

Players acquired at great expense from abroad who seemed to fill no role in particular and clogged up the numbers in the squad, there was the problem.

However, the former Real Madrid midfielder has been a mainstay since Thomas Tuchel replaced Lampard at the helm.

A coach who has gained a reputation for being standoffish with players over the course of his career has admittedly fallen head over heels.

"I love him,” Tuchel said after the win over Newcastle United earlier this month. "It is very easy [to love Kovacic].

"You can wake the guy up at 3am and he will be at Cobham [Chelsea's training ground] at 3.15 ready to give everything."

Previously, Chelsea fans might have taken this to mean Kovacic was being selected because he is a light sleeper who lives locally.

The Croatia international lacks the range of passing with which Jorginho is blessed, nor does he have N'Golo Kante's combative streak or the creative zest of Mason Mount.

However, his quality in tight spaces and underrated dribbling ability is something Kovacic uses to fine effect. Tuchel, a tactician who places a primacy upon his team's positional play, has quickly identified his key man when it comes to shifting Chelsea up the field.

Among players in the Premier League to have attempted 40 or more dribbles this season, Kovacic has the highest success rate of 81 per cent, having rounded out 34 of his 42.

Across Europe's top five leagues, only Paris Saint-Germain's Marco Verratti is able to boast a better return of 41 out of 49 for 83.7 per cent.

Of players to have featured frequently in central midfield this season, only Manchester City duo Rodri and Bernardo Silva can better Kovacic's 368 carries – defined by Opta as a player moving the ball five metres or more – and 3,821.2 metres carry distance.

Although he is yet to score in 31 appearances this season heading into a crunch weekend clash against Manchester United at Stamford Bridge, Kovacic is certainly eager to involve himself at the business end of the field when the opportunity arises – further underlining his credentials when it comes to progressing play.

No player in the Premier League this season has taken a shot having been involved in a build-up move more frequently than Kovacic (10).

If a few of those attempts fly in before the season is out to secure a top-four place and maybe even some silverware, Kovacic's popularity will surely reach far beyond the confines of Cobham and his not-so-secret admirer Tuchel.