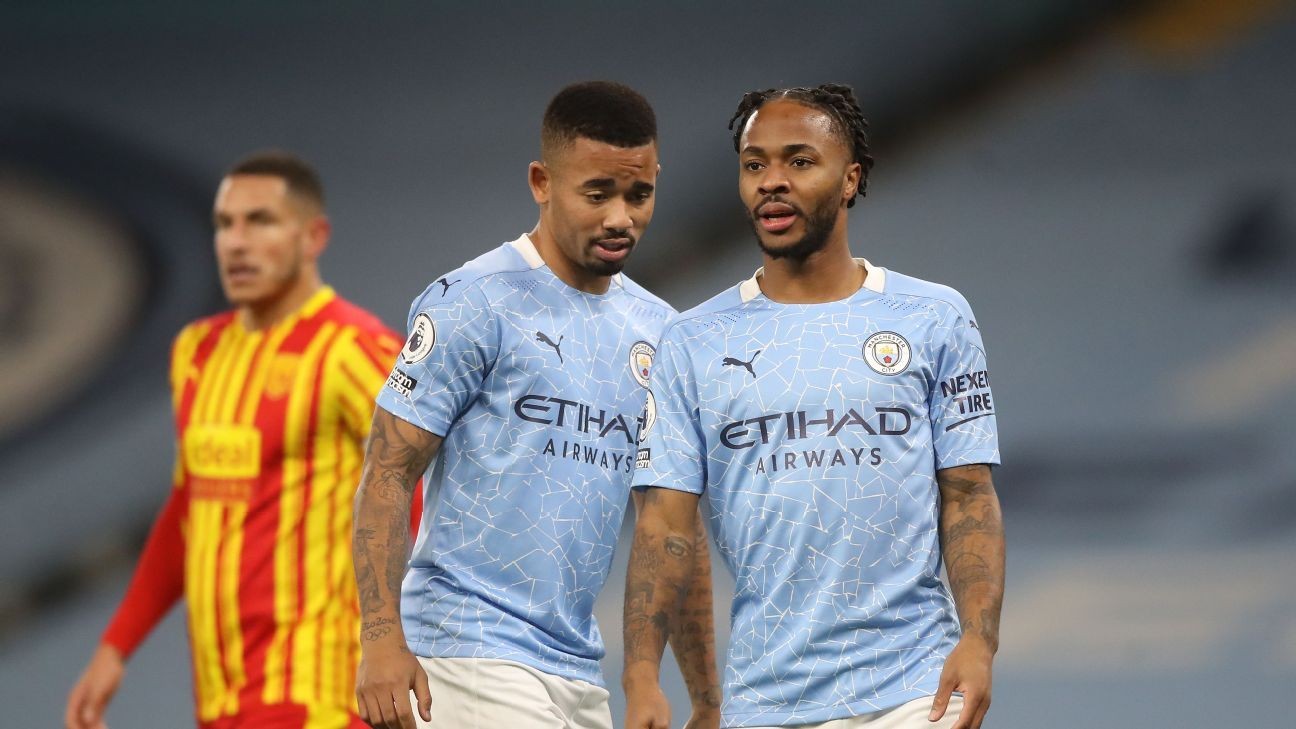 "A healthy dressing room is worth more than 100 hours of tactics," the legendary Spain and Real Madrid coach Vicente del Bosque told El Pais in 2014.

Del Bosque, who lifted the World Cup and Champions League during his career, knew a thing or two about winning. But so does Manchester City boss Pep Guardiola and, as he prepares to defend his Premier League title next season, he will have Del Bosque's words on his mind.

Transfer window preview: Our guide to the biggest deals3dESPNTransfer grades for July 1 deals: Bayern an A for Mane3dJon Molyneux-CarterIs big spending back? What we can expect from the transfer window9dTor-Kristian Karlsen

It's possible that by the start of the 2022-23 Premier League campaign, Guardiola will have lost both striker Gabriel Jesus and winger Raheem Sterling to domestic rivals. Sources have told ESPN that Arsenal, managed by former City assistant Mikel Arteta, are closing on a deal to sign Jesus, while Chelsea's new owner Todd Boehly has made Sterling his top target.

Guardiola will accept it is not ideal to bolster teams so close to home but, as with Del Bosque, the harmony in the dressing room comes before everything else. Jesus and Sterling both have a year left on their contracts and would like to play more regularly than they have been recently. Negotiating an acceptable transfer fee may be an issue, particularly with Sterling, but if they want to go and the club receive acceptable offers of around £50 million to £60m, they will be allowed to depart with Guardiola's blessing.

For the City manager, nothing is worth sacrificing the harmony of the squad; keeping unhappy players is too big a risk, regardless of how good they are. Guardiola is the first to say that his success as a coach at Barcelona, Bayern Munich and City would not have been possible without big budgets and good players, but it is a myth that he simply stockpiles players to ensure he has a deeper squad than everyone else.

A study conducted by the CIES Football Observatory in February 2022 revealed that City had used 28 players in domestic top-flight matches in the previous 365 days and that, in Europe's top five leagues, only West Ham -- with 27 -- used fewer.

In discussions over the make-up of his City squad, Guardiola will usually tell director of football Txiki Begiristain that he doesn't want two world-class players for every position. Instead, he wants a smaller group of players who can play in two or three different positions.

If problems arise during the season, his solution is to ask his squad to adapt rather than look for a solution in the transfer market and, since taking over at the Etihad in 2016, he has won trophies with Fabian Delph as a makeshift left-back and Fernandinho as an emergency centre-back.

Last season, City won the Premier League title despite regularly playing without a recognised striker. Sergio Aguero left for Barcelona on a free transfer at the end of his contract last summer, and then City missed out on signing Tottenham's Harry Kane, with the London club wanting a £150m fee. But despite already coping with a depleted strikeforce, Guardiola still agreed to let 21-year-old forward Ferran Torres move to Barcelona for £46m in January. It caused surprise, both inside and outside the club, but for Guardiola it was a no-brainer.

"If you want to leave because you're not happy here, you believe you'll be happy in another place, you have to go," he said at the time. "The career is short, one day it's over. If he wants to leave, absolutely no disappointment. It's his desire, I'm happy for him."

Raheem Sterling and Gabriel Jesus are unhappy at their lack of playing time. Photo by Martin Rickett - Pool/Getty Images

The same rule will be applied to Jesus and Sterling this summer. Yet letting players decide their own futures is a policy that comes with risk and, after defeat in the FA Cup semifinals to Liverpool in April, Guardiola faced questions about his reliance on a relatively small squad when City are trying to win four trophies each season. After a gruelling week featuring two Champions League games against Atletico Madrid and another against Liverpool, Guardiola made seven changes at Wembley and his team lost 3-2, but afterwards he was adamant he would not ask to sign more players.

"I like to work with not a big depth of squad," he said. "I've lived this situation many years in my life, fortunately, as I have been in top clubs -- Barcelona, Bayern Munich and now City -- and we arrive in the latter stages, fighting for all competitions many times. I learned from that: that if you want to fight to win, you have to be fit. You need 16, 17 or 18 who you have to have all the while fit, otherwise it's difficult to handle all of the competitions and be ready for all of them in the best condition. This is not an argument, it's a fact, because I lived it."

Whether Jesus and Sterling remain at the Etihad Stadium or not this summer, the expectation on City will be greater than ever after the £51.2m arrival of Borussia Dortmund striker Erling Haaland. City already are favourites to win the Premier League and Champions League before a ball has been kicked, and that's without knowing what their final squad list might look like, with sources telling ESPN that they have agreed a £42m deal to sign Leeds United midfielder Kalvin Phillips, as well as wanting to add Brighton left-back Marc Cucurella before the transfer deadline. Though Guardiola won't bring players in for the sake of it, or pay over the odds.

Del Bosque was convinced it was the relationship between players rather than the players themselves which made a successful team -- something Guardiola also believes.

"A healthy dressing room is important," De Bosque said in 2014 when asked how he managed star-studded squads at Real Madrid and Spain. "It's good for any business when the employees are happy. In football, if the kids are happy, we win."

Guardiola is aiming to keep City smiling, and winning, too.