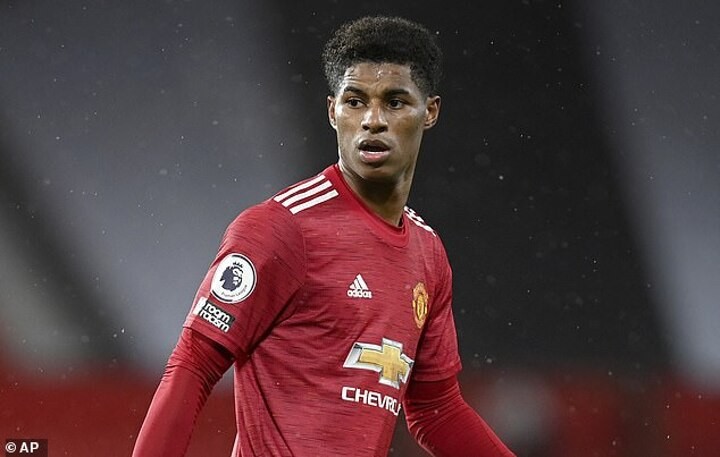 The Manchester United and England striker is a worthy recipient of his MBE and Pride of Britain award for his efforts to end child poverty.

He is the nation's role model, the people's champion and the voice of a generation. So Rashford deserves to be honoured at the BBC's Sports Personality of the Year show on December 20 — just not with the main trophy.

The Beeb's biggest problem is — and has always been — the very title of its iconic programme.

'Personality' is a misnomer because the awards have never been about that. It was simply the word the show's creator Paul Fox settled on back in 1954 because it sounded more exciting than 'person'.

In broad terms, the BBC say the main award goes to the 'sportsperson whose actions have most captured the UK public's imagination'.

But the criteria on which the panel must decide their shortlist is much more specific. It is about reflecting 'sporting achievements on the national and/or international stage' while taking into account the 'impact of the person's sporting achievement beyond the sport in question'.

On this basis, Rashford clearly does not merit inclusion. Manchester United and England did not win a trophy in 2020 and the striker has scored only a moderate 11 goals this calendar year.

Yes, the BBC could rip up their rulebook and find a way to get the star shortlisted. This is 2020 after all.

Tweaking the SPOTY criteria would hardly send shockwaves in a year when even an Olympic Games was postponed. But there are other ways to recognise Rashford. The Helen Rollason Award, for example, is given for 'outstanding achievement in the face of adversity'.

Nobody would begrudge Rashford this when you consider his own tough upbringing and the children he is helping. It is certainly in the spirit of the award, if not its literal sense.

But for Rashford to make the main shortlist sets a precedent which would change the awarding of the gong for good.

Several high-profile sportspeople support charities and champion good causes. Do they get nominated next year? Of course, the BBC has to show political impartiality — just ask Match of the Day commentator Guy Mowbray — but for once this is nothing to do with that.

It is just about protecting the entire point of their prize, however pointless some may think it is.

There are New Year Honours to be handed out at the end of year. By all means make him Sir Marcus. But wait until he has won the Premier League or Euros before you make Rashford the Sports Personality of the Year.