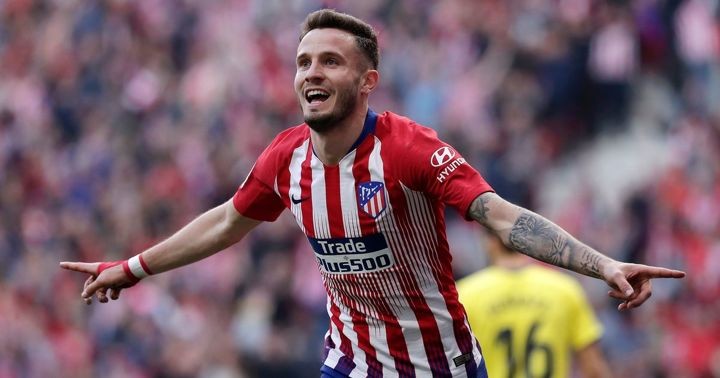 Saúl Ñíguez has long been on the radar of Manchester United, with the £135million-rated midfielder admired by clubs around Europe.

Question marks still remain around Paul Pogba's long-term future at Old Trafford but arguably United still need another world class player regardless of whether he stays or leaves.

United were reported to have sent scouts to watch Atlético Madrid's two-leg victory over Liverpool in the Champions League, when Saúl scored the only goal in the 1-0 first-leg success.

The 25-year-old has an outstanding record in the Champions League over the six seasons he has competed in Europe's elite competition.

Saúl has scored 10 goals from midfield for Atlético, and they have tended to come in big games as well.

The Spain international scored one of the best solo goals you're likely to see in the first-leg of Atlético's Champions League semi-final against Bayern Munich in 2016.

He is the sort of big game player United need in their squad and have perhaps lacked in recent seasons.

When Pogba is at his absolute best, he has shown that he is capable of being the man to step up for the big occasion.

Saul has a similar impact. He has scored just three goals this season in La Liga, but this has more to do with a change of position than anything else.

Since Gabi left Atlético in 2018, Saúl has been forced to move back slightly to help shield his defenders, rather than go on those attacking runs like we saw against Bayern.

However, if United were to agree a deal with Atlético for Saul's services, then Ole Gunnar Solskjaer may be tempted to put him in a slightly more flexible role, allowing him to utilise his attacking talents more.

With Declan Rice also on United's radar, and with Scott McTominay, Fred and Nemanja Matic already in their squad, Saúl could be the attacking outlet from Solskjaer's midfield.

He is the complete midfielder, an all-round player who is confident on both feet, has fantastic technical ability and an absolute thunderbolt of a shot.

If United managed to make Saúl their record-signing, for me, this could even prove to be a smarter piece of business than when they re-signed Pogba in 2016.

Saúl is the sort of player who looks like a future captain, even though Koke is the current skipper at Atlético.

He is vocal, and like most of the players Diego Simeone has developed, will not stop running. He is versatile as well, ready to play anywhere in midfield, even on the right- and left-hand flanks. He has even played left-back under Simeone this season.

In short, he is a player to build a team around.