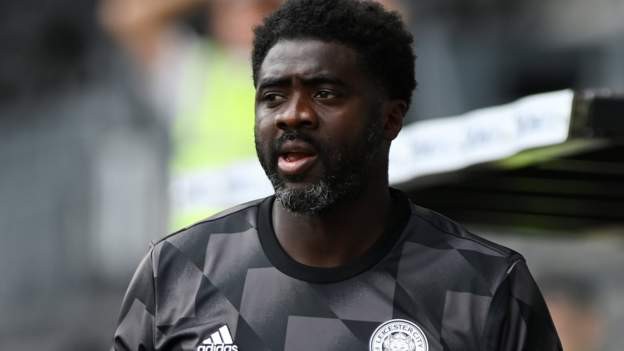 Wigan Athletic have appointed former Arsenal and Manchester City defender Kolo Toure as their new manager on a three-and-a-half-year deal.

The 41-year-old replaces Leam Richardson after he was sacked by the Championship club earlier this month.

The Ivorian has spent the past five years coaching at Celtic and Leicester City under Brendan Rodgers but this is his first role in management.

Toure's first game in charge will be the trip to Millwall on 10 December.

"We are delighted that Kolo has become the new manager of Wigan Athletic Football Club, and the board are pleased that he is the man to take us forward," chief executive Malachy Brannigan told the club website.external-link

"We received a high calibre of applicants for the manager's job in recent weeks, in a very thorough recruitment process as we looked to appoint the right person for the role.

"From the earliest of conversations we had with Kolo, it was evident to us that he had instantly bought into the values of the club - with his enthusiasm, knowledge and immense desire to work and be part of Wigan Athletic shining throughout the process."

Wigan sacked Richardson after a return of one point from seven Championship matches, having only given him a new three-year contract on 25 October following their League One title in his first full season in charge in 2021-22.

Toure's younger brother, Yaya, who is coaching at Tottenham, had ruled himself out of contention for the Latics role two weeks ago.

Toure was part of the Arsenal's 'Invincibles' side which won Premier League undefeated in 2003-04 and also won the title with Manchester City.

He ended his playing career with Scottish giants Celtic, helping them claim the Premiership title without losing a match in the 2016-17 season before retiring to join their coaching staff in September that year.

Rob Kelly, who had been in caretaker charge since Richardson's exit, will stay on as assistant and former Crawley boss Kevin Betsy and Foxes coach Ashvir Johal have also joined his coaching staff.