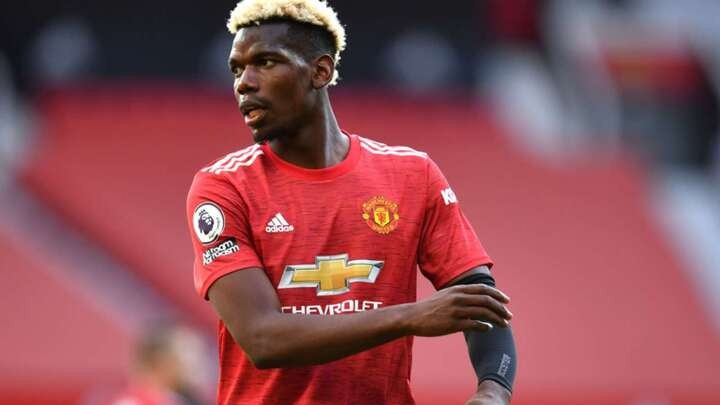 Georginio Wijnaldum has admitted that he "would love" to see Paul Pogba join Paris Saint-Germain while describing the Manchester United star as "one of the best midfielders in the world".

Speculation over Pogba's future is raging now that he is into the final year of his current contract at Old Trafford, with the Red Devils reportedly yet to make a breakthrough in talks over an extension.

PSG are among a number of top clubs being credited with an interest in the Frenchman, and Wijnaldum has now welcomed the prospect of his arrival at Parc des Princes.

The Netherlands international, who joined PSG on a free transfer after leaving Liverpool earlier this summer, thinks Pogba has the quality to fit into any team after witnessing his unique talents up close in the Premier League.

“I would love to have Pogba with us,” Wijnaldum told RMC Sport. “He’s fantastic. I have played against him several times – what a player!

“If you ask any player from another team if he would like Pogba to join him, everyone will say yes because he is an extraordinary player, full of qualities.

"He has it all, one of the best midfielders in the world.”

United are thought to be eager to tie Pogba down to fresh terms, but the midfielder insisted he had yet to receive a "concrete proposal" from the club while starring for France at the European Championships in June.

If the Red Devils are unable to reach an agreement with the 27-year-old, they may have no choice but to cash in before he becomes a free agent in 2022.

PSG are reportedly weighing up a £50 million ($69m) swoop for Pogba, who has also been linked with Real Madrid and a return to Juventus in recent months.

United paid a club-record £85m ($117m) fee to bring Pogba back to Old Trafford in 2016, having initially sold him to the Italian giants four years earlier when he was still on the fringes of the first team.

The France international has since taken his tally of appearances for the Red Devils to 206 in all competitions, recording 38 goals and 42 assists along the way, but has only won two trophies in Manchester to date.

Pogba hasn't lifted any silverware since the club's League Cup and Europa League double in 2016-17, and has dealt with a number of serious fitness issues that have prevented him from reaching his full potential.