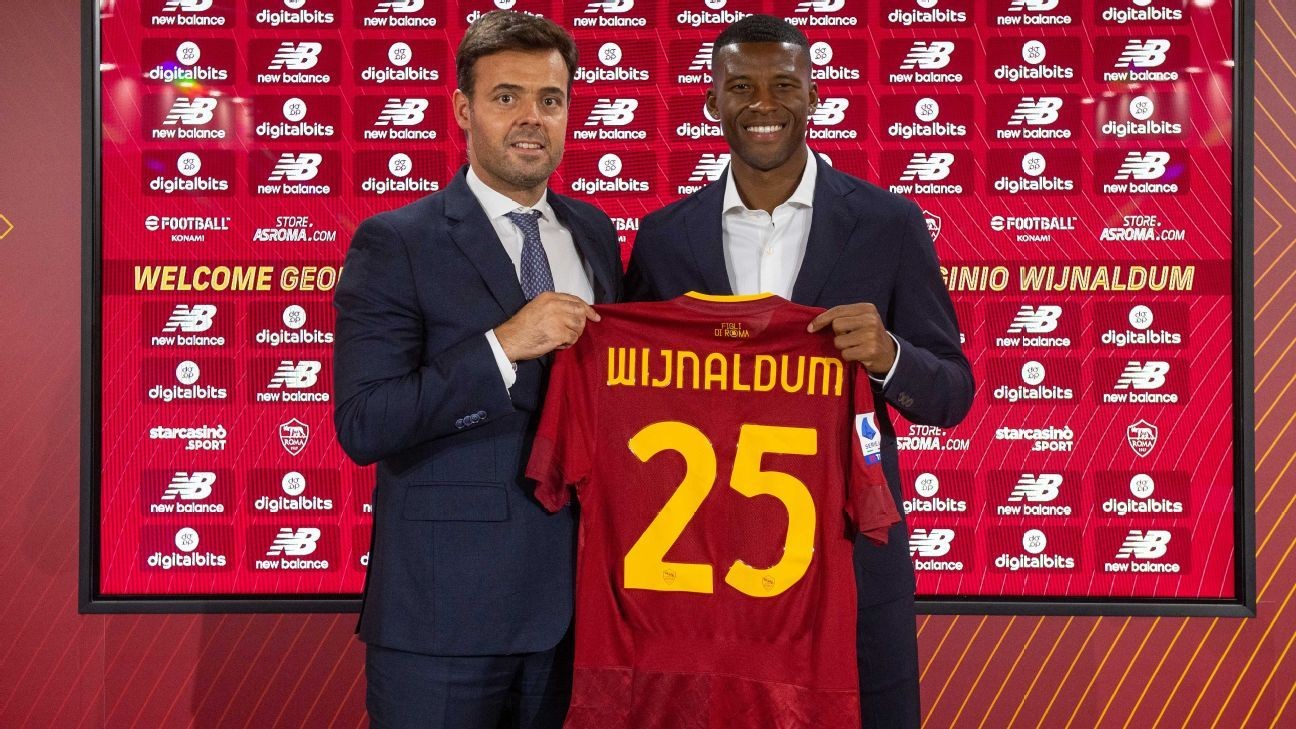 AS Roma have signed Paris Saint-Germain's Netherlands midfielder Georginio Wijnaldum on loan with an option to buy at the end of the season, the Serie A club said on Friday.

The former Liverpool midfielder leaves French champions PSG having scored three goals in 38 appearances after joining on a three-year deal in 2021.

"It's a really good feeling to be a Roma player," Wijnaldum, 31, said in a statement. "Everyone I have spoken to has given me great feedback about the club and its fans.

"The club made it clear just how much they wanted me in the efforts they made to complete the deal, which always gives a player a lot of confidence and belief.

"The reception from the supporters, on social media and elsewhere, has also been fantastic. I promise to give 100% and help the team compete for all our targets this season."

We are delighted to confirm the signing of the renowned central midfielder!

In conjunction with partners around the world, the club continues to use its platform to raise awareness of missing children. ❤️
#ASRoma | @ICMEC_official pic.twitter.com/McaXQF7cjE

He will wear the number 25 shirt for the Giallorossi.

Roma finished sixth in Serie A last season and won the Europa Conference League under manager Jose Mourinho. They kick off the new campaign with a trip to Salernitana on Aug. 14.