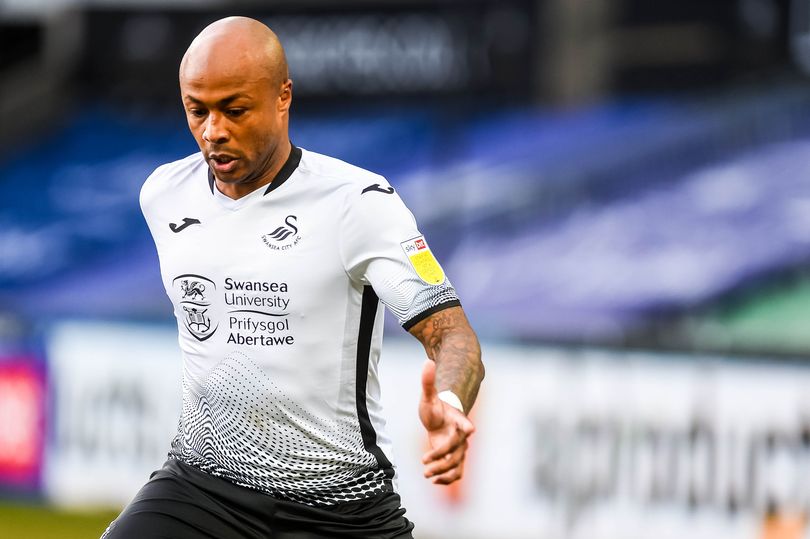 Former Swansea City star Wilfred Bony says he is in constant contact with Andre Ayew as he eyes a move back to the club.

The 32-year old is currently without a club after leaving Saudi Arabian side Al-Ittihad in November when his contract was terminated.

Bony who was in superb form for the Welsh club before his move to Manchester City in 2015 said the club is doing well and is open to joining them should a deal be agreed.

The Ivorian forward was also impressed with the impact of some senior players in the team such as Andre Ayew, Nathan Dyer as Swansea continues to push to secure promotion to the Premier League.

"I follow them. I speak sometimes with Andre Ayew, with Nathan Dyer, we spoke a lot, so I think they are doing well at the moment, so I'm really happy for them."

"They have a good chance, it's almost the middle of the league [season] now, so they have a chance, they are doing well," he added.

"The younger players, they've got experience, because they've been there two or three years together, they didn't sell a lot. It's a good, compact group, it's very important with Nathan Dyer, Wayne Routledge and Andre to guide them, it's very important and they are doing very well."

The Ivorian currently trains with English lower-tier side Newport County as he looks to gain his fitness back.