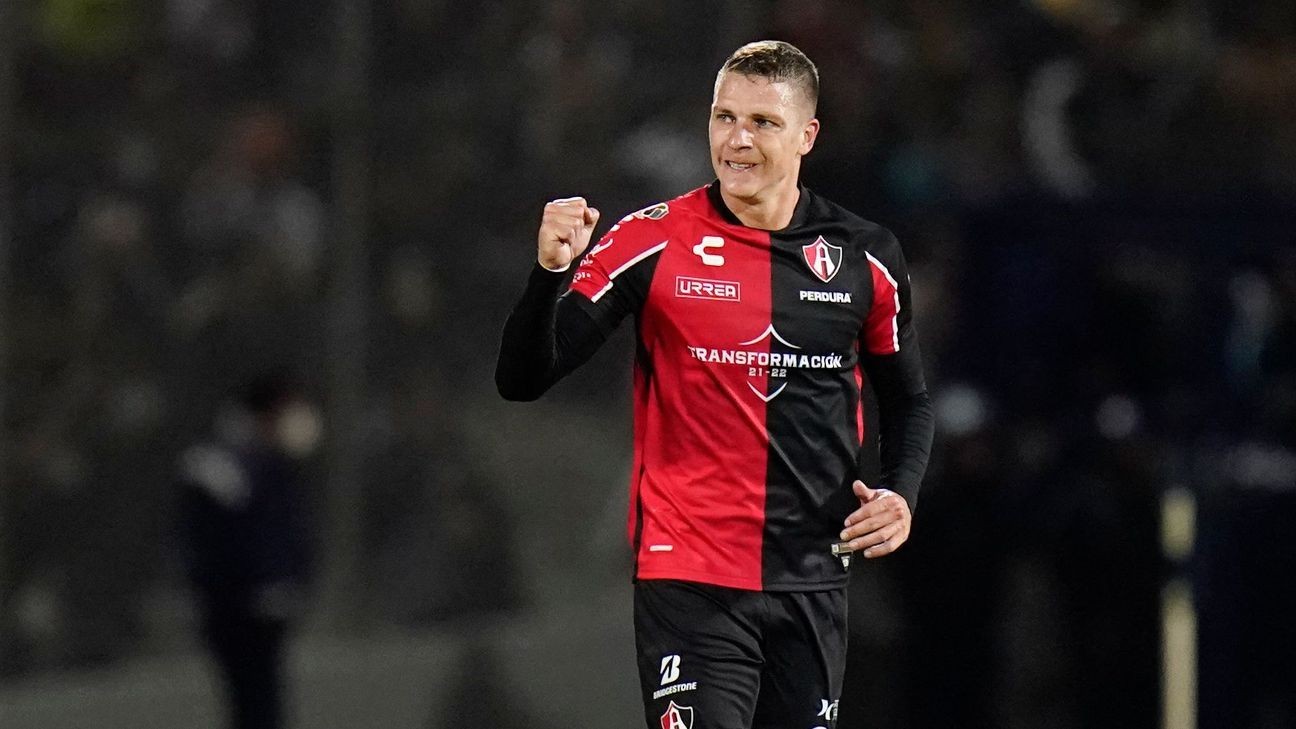 Julio Furch can cement his status as an Atlas legend if he helps break a 70-year title drought. AP Photo/Eduardo Verdugo

In order to find Atlas' last and only Liga MX title, we would have to go way back to the 1950-51 season. Guided by Adalberto "Dumbo" Lopez's 14 goals, Los Rojinegros were able to clinch Mexico's top flight championship but 70 years have passed as the club has become second fiddle to Chivas in the city of Guadalajara.

A much-coveted second Liga MX title is now within reach for Atlas. After defeating Pumas in a dramatic end to a semifinal series last Sunday, fans of the club celebrated their place in the upcoming two-legged final against Leon. Can manager Diego Cocca and his roster keep the party going with a miraculous run towards a championship this week?

Atlas' Path To The Final

Despite a controversial finish to Sunday's semifinal that included a VAR check that ruled out a late penalty for Pumas, Atlas were the deserved winners in the last playoff round. They outplayed Pumas through both legs and were unlucky to not have at least an additional goal or two in the aggregate scoreline that finished at 1-1. With the tiebreaker giving the win to the higher seed, the draw was enough for No. 2 Atlas to move into the final over No. 8 Pumas.

The benefit of being the No. 2 seed also helped them in the quarterfinal round. Up against Monterrey, Atlas squeezed past their opponents with a 1-1 aggregate result.

These narrow outcomes are nothing new for Atlas this season. Outside of a bizarre 6-2 away win over San Luis in October, they've often found themselves in close victories or draws throughout the Apertura.

That being said, the higher seed tiebreaker is thrown out the window for the final. If needed, extra time and penalties will define this season's champion if the aggregate scoreline remains level. With that in mind, Atlas will need to be more efficient in the final third against Leon.

Striker Julio Furch will once again be the focal point of Atlas' attacking efforts. Built like an out-and-out striker but with the touch of an accomplished playmaker, the Argentine is a game-changer with his powerful shots and accurate short passing. Alongside him, he's also maintained a lethal partnership with the clever and pacey Julian Quinones.

In the heart of the midfield, captain Aldo Rocha has proven to be an invaluable presence. Well-rounded and with an incredible amount of stamina, the 29-year-old Mexican constantly buzzes around the pitch as a disruptor and playmaker.

Elsewhere, goalkeeper Camilo Vargas is worth a mention. Although Cocca's organized setup typically makes things difficult for opponents to create dangerous chances, Vargas has regularly stepped up as a reliable backup plan in net. In four playoff appearances this season, the Colombian has only allowed two goals.

The Atlas faithful are on the cusp of seeing their squad win a title. Francisco Guasco/EPA-EFE/Shutterstock.

How They Can Win The Championship

At their best, Atlas can force errors from the opposition and win the ball back quickly. Against Pumas in the semis, we saw countless examples of their attacking options pouncing on mistimed passes and then suddenly having short-range opportunities in the final third.

In defense, Cocca's organized approach in his 5-3-2/3-5-2 system will also be vital as he attempts to rapidly shutdown whatever is thrown at him in response.

If they can hold onto their strong defensive structure, and if they can continue to pressure opponents into making mistakes, they'll have no shortage of decisive moments against Leon.

How They Can Lose The Championship

Whether they capitalize on those decisive moments or not is up in the air. No matter how well they've played in the postseason, there's no denying that their results have been too close for comfort.

With 41 shots through the playoffs so far, it's fair to wonder if Atlas should have more than just two goals -- one of which was through a penalty.

Atlas do so many things right when it comes to chemistry within the squad, winning back the ball and with chance creation, but once near the net, they often struggle with taking advantage of what is in front of them.

Little room will be left for mistakes this week, meaning that they'll have to be better with their finishing. Keep in mind, no Atlas player other than Furch has yet to score in the Apertura playoffs.