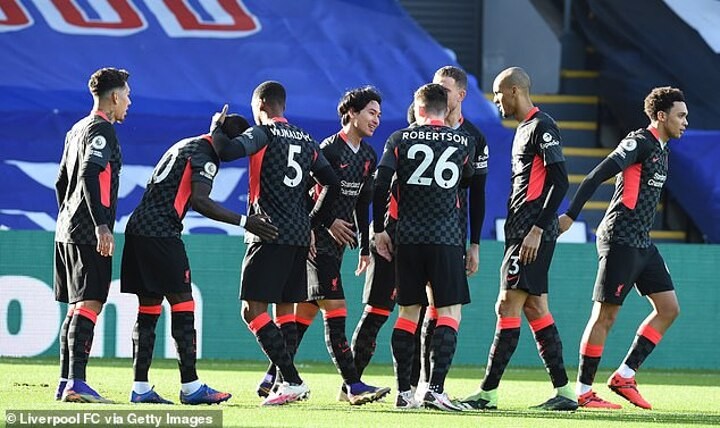 Liverpool lead the Premier League title at Christmas once again but the Reds will be wary that Manchester United have a history of stealing the crown from the festive pacesetters.

This year's top-flight title race puts the fierce Merseyside-Manchester rivals as two of the front runners with Jurgen Klopp's Reds out in front but the Red Devils just five points further back with a game in hand.

And Ole Gunnar Solskjaer will be hoping history repeats itself as United have won more Premier League titles having not been top at Christmas (8) than any other side in the tournament's history.

All of Norwich, Newcastle, Leeds, Villa, Arsenal and Liverpool have led the way in late December only for Sir Alex Ferguson's men to leapfrog them come May and lift the title.

However, Liverpool have more recent history of clinging onto their festive top spot as they won the league for the first time last year having led at Christmas. Furthermore, the club will look at the statistic that more than half of the festive league leaders (15 in 28 seasons) went onto win the title that season.

The Reds had previously led the way four times at the mid-way point before conceding the title to United in 1997 and 2009 and Manchester City in 2014 and 2019.

Those where the only two times City have managed to snatch the title from the Reds' grasp, with the blue half of Manchester leading the way at Christmas for their 2012 and 2018 triumphs. Pep Guardiola's side are eighth in the top-flight this time around.

Chelsea's record at Christmas, however, is not good new for Frank Lampard's side -who have only ever won the Premier League title having led at Christmas.

Jose Mourinho's first two festive seasons in England were full of glad tidings as the Blues led the way both times in 2004 and 2005 at the national holiday. Carlo Ancelotti and Antonio Conte had similar first Christmases at Stamford Bridge in the winter of 2009 and 2016 before lifting the title like Mourinho in May.

Despite winning three Premier League titles, Arsenal have come from behind at Christmas to win the league on every single occasion. Manchester United led the way in the 1997 and 2003 Christmas seasons before the Gunners fought back to lift the title in 1998 and 2004.

For their double-winning season in 1998, Newcastle led the way in Christmas 1997 - with Arsene Wenger's side beating the Magpies in the FA Cup final during the same season.

The only two times the Gunners have led the way at Christmas, in 2002 and 2007, have seen them lose out to Manchester United in May. Arsenal were also joint-leaders with Liverpool in 2013 but lost out to Manchester City the following summer.

Liverpool's fellow one-time winners of the Premier League - Leicester City and Blackburn Rovers - were both top at Christmas when they upset the odds to lift the title.