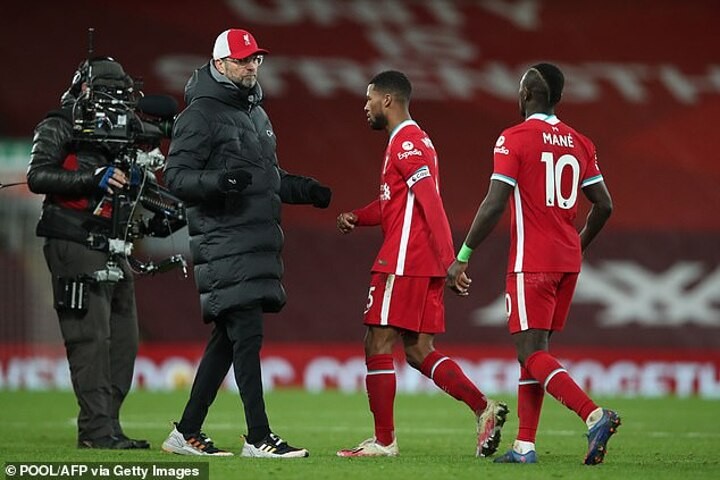 The second installment of Manchester United vs Liverpool is almost upon us - and here's hoping to a much more compelling 90 minutes (or longer) this time round.

After the goalless draw at Anfield in the Premier League between the two title-chasing sides last weekend, it's now time for some FA Cup action at Old Trafford, but this time there can only be one winner.

While we wait in anticipation, hoping for a gung-ho approach to the fourth-round tie, we are none the wiser to the strength of teams both Ole Gunnar Solskjaer and Jurgen Klopp will field given the thrilling Premier League title race we have in store.

It is likely that we will see some fresh faces in action, but the big question is, will both managers stick or twist with their faltering attacks?

While Liverpool's attacking woes of late have been well documented, but United's problems are slightly going under the radar considering their rise to the top of the Premier League in recent weeks.

But let's start with reigning champions Liverpool, who are in the midst of a hugely alarming slump after falling to defeat against Burnley - their first loss at Anfield in 69 matches.

All of a sudden, Jurgen Klopp's title favourites are in disarray and now in a real battle for the Champions League places, having not won in their last five Premier League matches - against Burnley, United, Southampton, Newcastle and West Brom. Except for the Red Devils, these would usually be bankers for Liverpool.

These are worrying times for Liverpool as they look to ensure their season doesn't capitulate altogether. While the narrative was mostly about how they would cope without Virgil van Dijk and Joe Gomez, it felt like a given that their frontline of Mohamed Salah, Sadio Mane and Roberto Firmino would step up to the plate once again.

And while that proved the case at the beginning of the season, post-Christmas the story couldn't be any different. It always seemed mad to say that Liverpool would be in need of magic up top, but here we are.

Liverpool are in the midst of their longest run without scoring under Klopp in the Premier League, last netting five matches ago in the top-flight in the 1-1 draw at home to relegation-threatened West Brom on December 27 through Sadio Mane's early strike.

This rut also signifies their joint-longest winless run - five matches - under Klopp in the Premier League. If their front three aren't firing, where exactly are these goals going to come from?

Post-Christmas, only five goals have been scored by Liverpool, with four of these coming against Aston Villa's youth team in the FA Cup third round, and the other against West Brom in the Premier League.

The Reds, who absolutely cruised to their first Premier League crown last season by 18 points, have scored the joint-fewest goals since Christmas alongside Newcastle and Southampton.

While Liverpool are finding goals extremely hard to come by at present, it must also be noted that both Salah and Mane's shot count is also down since Christmas.

Salah was offloading 3.2 shots per 90 minutes before Christmas, while that is now down to 2.7.

And for Mane, he fired 3.1 shots at goal every 90 compared to a mere 1.9 now. Only Firmino - who has been out of sorts for most of the season - out of their fearsome front three has gone up on the shot count.

For a team who were utterly dominant over every opponent last season, it's extremely difficult to fathom how Liverpool have got themselves into this mess.

Without the injured Diogo Jota being able to bail them out, and Firmino, Salah and Mane being miles ahead of Divock Origi, Xherdan Shaqiri and Takumi Minamino, it doesn't seem that likely those bench options will make the difference in the long run.

But Sunday could provide Klopp with the perfect opportunity to get his team back on track, and there would be no better place to do that then at their enemy's headquarters.

Liverpool will be desperate to shut up their critics, and victory over their bitter rivals - with their front three firing (if they get the nod) - could give them the confidence needed to kickstart their season.

With so much on the line now given their horrible run, Klopp certainly won't be taking the FA Cup lightly and it wouldn't come as a surprise if he sticks with Salah, Mane and Firmino to see if they can work their way out of this slump.

Meanwhile, for United their fortunes could hardly be any different currently, and they are riding a wave of momentum.

Ole Gunnar Solskjaer's league leaders head into Sunday's clash in buoyant mood and with eyes firmly set on the title race, the United manager may just make some changes to freshen things up.

And Sunday represents a great time to take United's strikeforce out of the spotlight, having struggled post-Christmas just like Liverpool - but to a lesser extent.

United have ground out victories in recent weeks, with the majority of their all-important goals coming from midfield - such as against Fulham in midweek thanks to Paul Pogba's fantastic long-range strike.

Usual suspects Marcus Rashford, Anthony Martial, and to some extent Mason Greenwood have lost their mojo in recent games.

Since United returned to action following Christmas day, Rashford is top scorer in United's attacks with a mere two strikes to his name, while Martial and Cavani have just one apiece.

Prior to Christmas, Rashford was scoring a goal in all competitions every 131 minutes while grabbing an assist every 313 minutes.

But post-Christmas his form has dropped off massively, with the England international only averaging a goal every 278 minutes while now averaging an assist every 556 minutes.

And the same can certainly be said for Martial, who has failed to provide a single assist alongside his one strike since Christmas day.

So with United's frontline misfiring of late, surely Cavani will get the chance to battle it out against a Liverpool side devoid of confidence following his strike in the 2-1 win at Fulham on Wednesday.

The Uruguayan striker, brought in to add exceptional strength in depth to United's attack, has five goals and two assists - mostly off the bench - since joining as a free agent and he has proved a real handful for defenders.

The 33-year-old's experience and nous in getting into the right place at the right time could prove invaluable for United in the long-run.

Cavani was brought in exactly for this type of scenario, with United fighting on plenty of fronts still, and if he can make the difference against the Reds on Sunday - then he may just become the go-to man for Solskjaer with the title in his sights.

Now it's time to take a quick look at forgotten man Donny van de Beek. His £40million arrival from Ajax certainly hasn't gone to plan, having been restricted to just two Premier League starts this season.

The Dutchman was expected to provide the magic link-up needed between midfield and attack thanks to his deft skill and brilliant movement off the ball, but we have only seen glimpses of this so far.

He has already been linked with an early exit but Solskjaer has continued to back him to have a big future at Old Trafford.

'Donny has played well when he's had the chance,' Solskjaer said earlier this month. 'I think we are too quick sometimes to jump on, "oh he's not playing, it's a failure".

'He has come in and he is in a midfield group there with quality, challenging with Bruno (Fernandes), Juan (Mata) and Jesse (Lingard). I have loads of No 10s, loads of central midfielders with Paul (Pogba), Nemanja (Vidic), Scott (McTominay) and Fred, and Donny has done well when he has come in.

'He is always ready, he always works hard in training, he's positive and he will make differences in many games for us this season. He will grow more and more for next year.'

Well, the weekend could just be the moment needed for Van de Beek to make his mark at United, and he could make himself a hero if he proves the difference against the club's old foes.

With Bruno Fernandes one of many United stars to have played over 3,000 minutes since June, it would come as no surprise if Solskjaer finally gives Van de Beek the chance to shine.

As always with this historic fixture, headlines are dominated by the two English giants in the build-up and Sunday is no different.

But for the first time in ages, it's grim reading for Liverpool and the pressure is well and truly on them - and in particular Salah, Mane and Firmino - to end their horrid rut on the weekend.

The narrative could hardly be any different for United, and Solskjaer may look to his wider squad to fire them into the fifth round and get his side's attack ticking again.