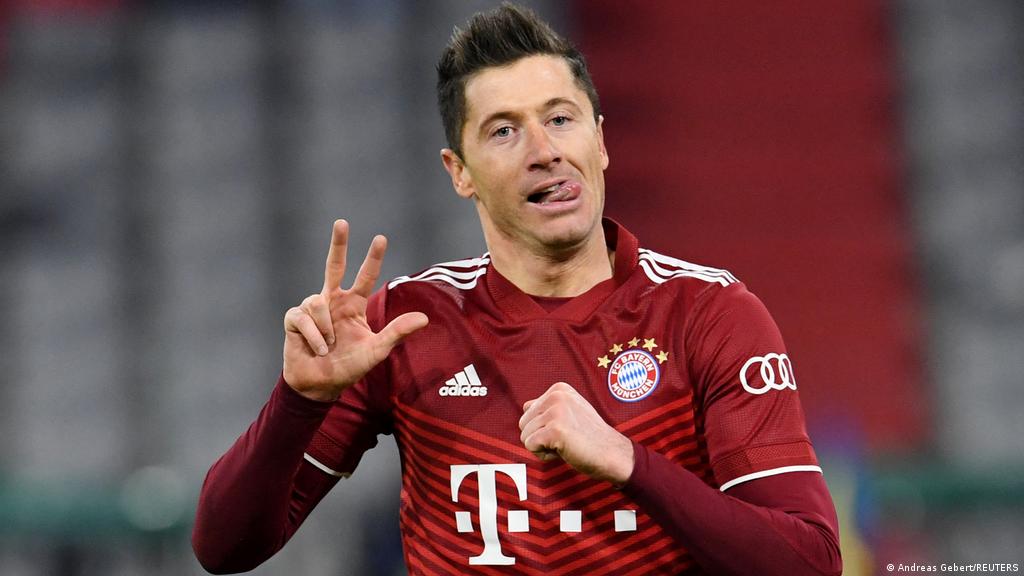 Lewandowski won it all with Bayern Munich: eight Bundesliga titles, three DFB Pokals, and one Champions League, something he failed to win during his time at Borussia Dortmund (was runner-up in 2012/13). Robert scored astonishing 344 goals in 375 matches in all competitions for Bayern and was Bundesliga's top scorer on seven occasions.

He won that award for five consecutive seasons. Still, Lewandowski fell short in the battle for Ballon d’Or in 2021, finishing second behind Lionel Messi. Many people thought it was an undeserved seventh award for the Argentinean as Lewy had a much better season as a whole.

All of this was enough for Lewandowski as he started to feel bored and uninspired in Munich, so he asked the club’s hierarchy to sell him this summer. Lewandowski specifically wanted Barcelona, who acted quickly and expressed interest.

After a few weeks of negotiations, Barcelona got their man in a €45 million, potentially rising to a €50 million deal with add-ons. The contract includes a €500 million release clause, which likely not going to be triggered considering Lewy is turning 34 in late August.

It’s a four-year contract, though, and Barca’s president Joan Laporta and head coach Xavi see Lewandowski as the player who can bring back the European glory to Camp Nou.

But, will Robert Lewandowski win the Champions League title with FC Barcelona? Our answer is NO and here is why - we have several reasons for it.

Barcelona won nothing in the first full season after Lionel Messi’s departure to Paris Saint Germain. It’s rare that Barca finishes the season emptyhanded, but the club is going through changes and it was evident both on and off the pitch. They also have a big debt and while everybody knows that, Barcelona somehow manages to spend a lot of money on new arrivals and stay away from financial sanctions.

Only this summer, they spent €130 million net (source AfricaCasinoHub.com) on three players: Lewandowski, Raphinha, and Jules Koundé. Barca also added Franck Kessié and Andreas Christensen on free transfers. Now, their defence is stronger than last year, but it seems that the problem could be chemistry and the locker room atmosphere. Barcelona’s attack is overcrowded at the moment as they have eight forwards and it’s quite possible, unless they sell two or three, that some of those players are going to feel unhappy at Camp Nou, which always can lead to other players being unsatisfied.

Frenkie de Jong has been treated unfairly by the club and Laporta as they want to force him out and sell him to Manchester United in order to cover debts. De Jong is not interested in leaving Barcelona, and his situation can affect more squad players. The club owes him money and yet, they are buying new players. De Jong will be unhappier with his status and that’s going to be felt on the pitch. So, the roses are definitely not all red for Barcelona right now, and even though they have one of the best forward lines in the world, at least on paper, that is not going to help them to win the Champions League. Even the best betting sites in Ghana don’t believe Blaugrana can do it for the first time since 2014-15 with odds at 13.00. While Barca will probably battle with Real Madrid for the LaLiga title at 2.25 odds, winning the Champions League for them and Robert Lewandowski is going to be hard.

The team lost its winning mentality and while Xavi is appointed to restore that, it may take years for him to do it and make Barcelona the force it used to be. It’s quite possible Lewy will not be there to be a part of it. Robert Lewandowski will stay four years at Barca, but he’s not getting any younger, and after 12 years in Germany, where he scored goals for fun, it’s going to be more complicated in Spain, where the competition is fiercer and defences are much better. While we do believe Lewy will score a ton of goals for his new club, we don’t think Robert Lewandowski will win the Champions League title with FC Barcelona.