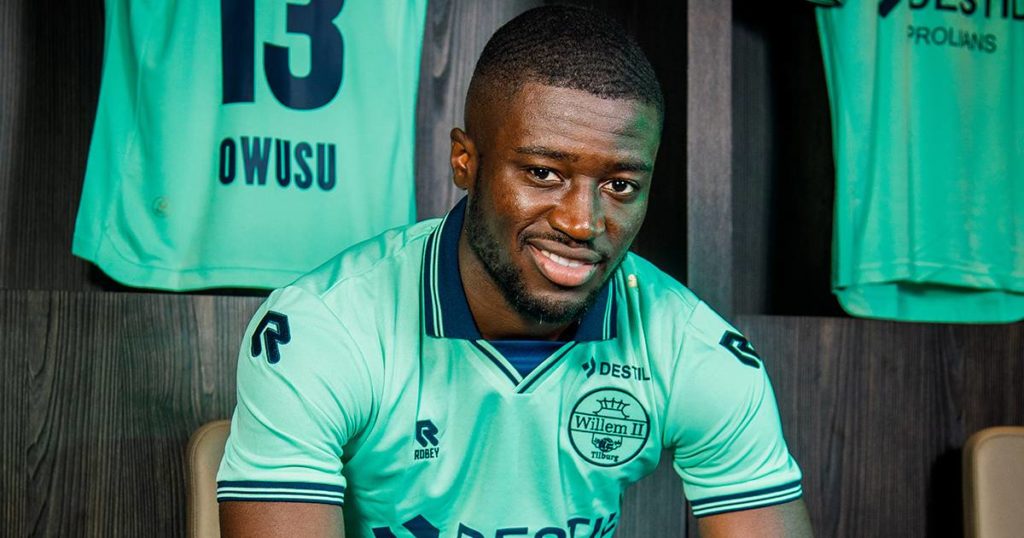 Ghanaian defender Leeroy Owusu is living the dream of his father after turning up in style for Dutch side Willem II.

Owusu's dad was not allowed to pursue his football dream in his native Ghana as he was forced to secretly kicking the ball.

The youngster is now living the dream of his father - after turning a professional footballer, featuring consistently for top-flight side Willem II.

“My parents are from Ghana. They came to the Netherlands independently around their twentieth birthday and met each other in Amsterdam. I have been given their norms and values. Listening carefully, working hard and doing your thing calmly: that's what it comes down to. Ghanaian people will never cause problems. We are decent, civilized, always adapt. Modest, that's the right word. ” Owusu said

Owusu grew up in Purmerend. He now lives in an apartment in Tilburg, of course. "But if possible, I will drive back that way." Back to father Albert, mother Dorothy, half brother Richie, brothers Ralph and Irving and his younger brother Jeffrey.

“Indeed, a real men's house. Not always nice for my mother, ”says Owusu with a wink. "The great thing was: you always had a boyfriend with you on the street." The (literal) center of Owusu's childhood was De Vlieger primary school. “The schoolyard was really the gathering point for the youth. Sometimes mischief was done, yes. Then we climbed on the roof of the school, or there was a fight. Ordinary, nonsense. ”

It was all a side issue for Owusu, who only had one dream: to become a professional footballer. “I was already in love with the game as a small child, and when I was seven - I could just walk - I was scouted for Ajax. That was really magical. ”

From that moment on, the home front fully supports his football dream. “My parents always said: Go for it . My mother made sure that the house was running smoothly, my father took me to practice every day and followed me when we had tournaments abroad. We always used to play football together in the park, then he gave me training. He always said, "If you really like this, get everything out of it." I have remembered that. ”

That involvement certainly also stems from the youth of Owusu senior, junior knows. “When he was still living in Ghana as a child, it was also his dream to become a footballer. But his father, my grandfather, didn't allow him to play football. He thought that was a waste of time. And so my dad secretly played soccer, without Grandpa knowing. Pretty sad for my father, actually. ”

Owusu is currently living his own dream, but fully realizes that it was his father's dream too. That makes humble.

“He has never had the opportunities I get now. A shame, because he could do something. Later on I saw him play football, with the veterans of VPV Purmersteijn ”, laughs Owusu. “In fact, I was there when he once made a great bicycle kick. Nice to see your dad like this. He hopes I get the most out of my career, and I try to do that. For myself, but also for him. I get to do what he could only dream of, so I feel blessed. ”