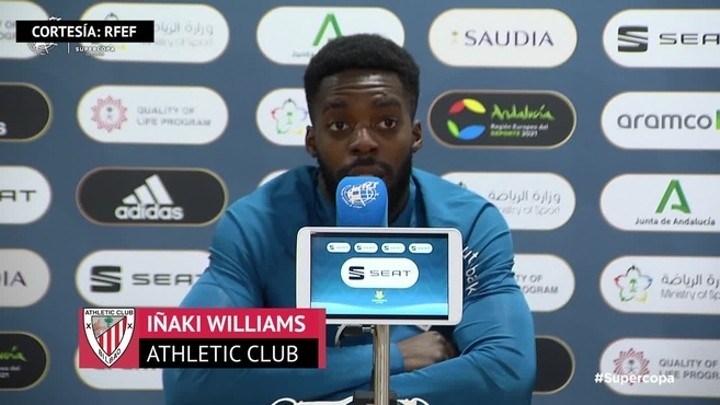 Inaki Williams has admitted that it doesn't bother him whether Lionel Messi plays for Barcelona or not in Sunday's Supercopa de Espana final.

The Argentina international missed the semi final against Real Sociedad through injury but trained with his teammates as usual on Saturday.

"We want the fans to feel proud of us," Athletic Club striker Williams said in his pre-match press conference.

"I don't care if Messi is playing or not because Barcelona are one of the best clubs in world football. We're going to try to give them as difficult a game as possible. If they beat us, make sure they work for it."

Williams was absent with injury when Athletic last beat Barcelona to win the Supercopa de Espana in 2015.

"It could be an historic feat because we've already knocked out Real Madrid," Williams said on his side's chances of retaking that trophy this year.

"In 2015, no one gave us a chance and especially over two legs - and we scored four against them. We have to go into it with lots of excitement. We're a very difficult team to beat.

"We're friends as well as teammates and when you fight with your friends, it's easier to win. The nerves will be building as the game gets closer, but we have to play football and enjoy it - that's what we've tried to do since we were kids.

"If you enjoy yourself, everything will be simpler. We have to give our all to leave satisfied."