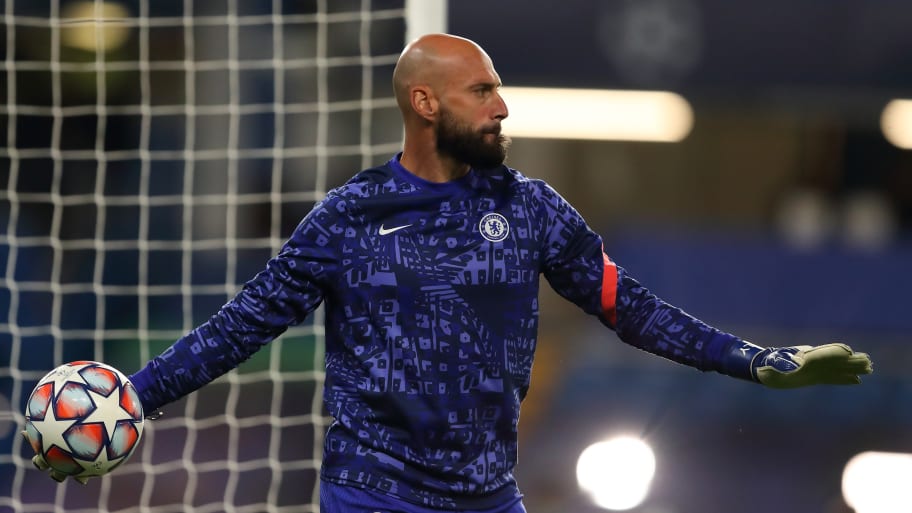 Former Manchester City and Chelsea goalkeeper Willy Caballero has signed for Southampton on a short-term contract.

The Argentine has been a free agent following his summer exit from Stamford Bridge and will head to St Mary's on a free transfer.

Southampton have been forced into the move following injuries to senior goalkeepers Alex McCarthy and Fraser Forster, leaving the inexperienced Harry Lewis as their last remaining option between the sticks.

Caballero, who turned 40 in September, has now joined on a one-month deal to help ease these problems.

He had been training with League One side AFC Wimbledon to remain fit and is excited to join a club like Southampton that suits his goalkeeping style.

While Forster has been absent with a muscle injury, McCarthy picked up a hamstring problem in the weekend's draw with Brighton - which proved to be costly.

McCarthy did not inform the Southampton bench that he was hurt and tried to remain on the pitch, even though he was not able to move freely.

Brighton were awarded a free-kick deep into stoppage time at St Mary's, with the goalkeeper asking captain James Ward-Prowse to cover the far post as he would not be able to dive across in time. The skipper's position meant that Neal Maupay was onside when the ball fell to him six yards from goal, equalising with virtually the last kick of the game.

"If you have a goalkeeper that is not 100% fit in that moment and cannot jump and then you send someone back into the line, then the rebound that comes out is normally offside," Southampton boss Hasenhuttl said post-match.

"But Prowsey's there, so he has a free shot at goal. This is something we cannot accept. There must be a message: 'I cannot jump,' and then we can make a change.

"We still had one change at the end and I could have changed the goalkeeper if necessary in this moment.

"But Alex must be definitely more professional than that. This is what I missed from him today in such a game."


This article was originally published on 90min as Willy Caballero joins Southampton on short-term deal.