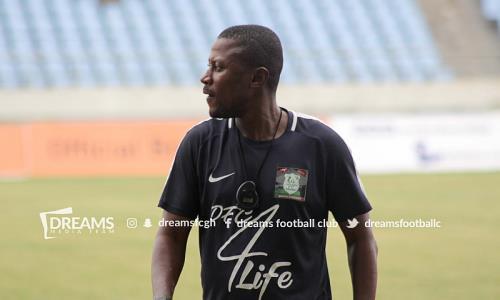 Dreams FC have recalled former assistant manager Winfred Dormon to take over as the head coach of the club following the departure of Finish tactician Juha Pasoja.

Pasoja left for his native Finland, after a run of poor results in the GFA Special Competition, which left the club just a position above bottom place in Zone B.

However, the club has called back Winfred Dormon, who was coach of Proud United to see the club through the remaining games in the competition.

"Dreams were in difficult times because if you look at the games in the Special Competition, they were struggling so they had to release the head trainer," he told Gyaso Gyaso Sports on Premier FM. "After releasing the coach, they needed someone who knows the club very well and a coach who can quickly fix thing and that is why they recalled me," he added.

Dreams FC will next face Ebusua Dwarfs on match day 12 of the competition. The former Hearts of Oak player says his team will be ready for the encounter.

"Everything is possible, let's take each game at a time. Our next game is against Dwarfs and I will watch their game against Hearts to restragize so we can go to Cape Coast and get the desired results," Dormon said.

The Still Believe Lads are currently seventh in Zone B of the competition.