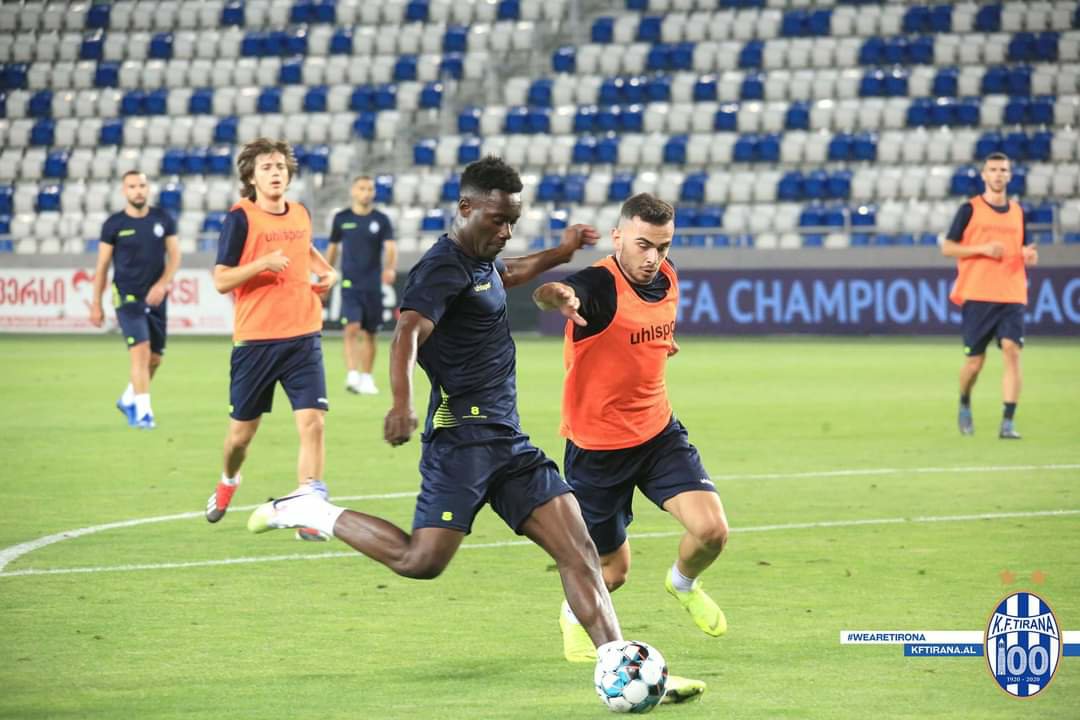 Tirana are taking on Georgian giants Dinamo Tbilisi at the Boris Paichadze Dinamo Arena in the UEFA Champions League qualifications.

Former Hearts of Oak marksman trained with the rest of his teammates at the match venue on Tuesday night.

Cobbinah will be featuring in the prestigious European club competition for the very first time in his career.

Tirana won the 2019/2020 Albanian championship which handed them the ticket to participate in the UEFA Champions League.

The 28-year-old made 34 appearances for Ndubuisi Egbo's men where he scored 7 goals and provided three assists in the process last term.