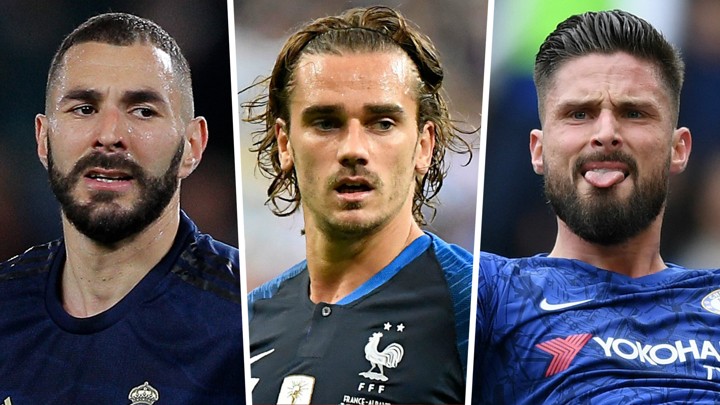 Antoine Griezmann has largely opted to take the high road amid the growing feud between Olivier Giroud and Karim Benzema, but did point out that the former has lifted the World Cup.

Benzema raised eyebrows on Sunday when he was asked about the difference between himself and fellow French striker Giroud.

“You don’t compare Formula 1 with karting, and I am being nice,” Benzema said on Instagram Live .

When asked to clarify his comments on Tuesday, the Real Madrid forward doubled down on his criticism of the Chelsea man.

"About Giroud, I simply told the truth," Benzema said .

"But we didn't remember what I said about him, especially about what he brings to the French national team.

"We just remembered the moment when I said I was F1 and he was karting. That's what I think, that's the truth, and that's how it is."

Griezmann has plenty of experience playing alongside both Benzema and Giroud, having made his debut for France in 2014.

The Barcelona man was offered the chance to respond to Benzema's shots at Giroud, but decided to keep the majority of his true opinion to himself.

"I can't answer all that, that could get me into trouble," Griezmann said on Twitch .

"I love Olivier Giroud, he's a good player and he helped us win the World Cup. And that’s important in life."