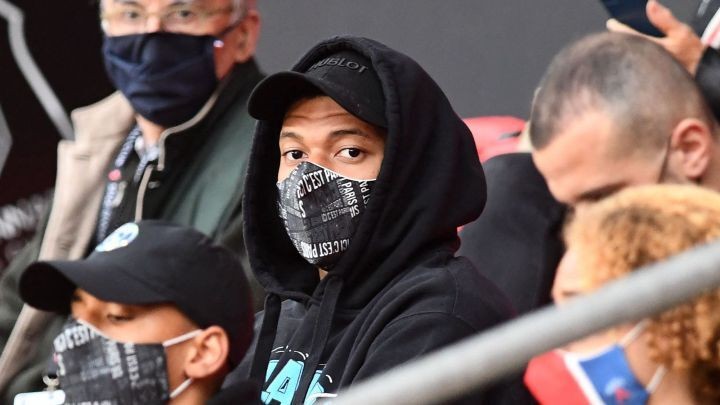 The striker's absence is being felt as PSG only managed a 1-1 draw away to Rennes as Lille top the table and now the Parisian side face Montepellier in the semi-final of the French Cup.

For the first time since AS Monaco bagged the Ligue 1 title in 2017, the Parisian giants could see the title slip away and head north as Lille top the table with just two games of the French season remaining. PSG could only manager a 1-1 draw this weekend away to Rennes with Lille beating Lens 0-3 on Friday night to open a three point cushion at the top of the table.

Neymar came under the spotlight this weekend and despite the excitement of announcing his contract extension with PSG through to 2025 on Saturday, the Brazilian delivered  a discreet performance against the Brittany based outfit the following day despite bagging the PSG goal from the spot.

Once again, PSG missed the presence of Kylian Mbappé against Rennes and the side lacked a cutting edge that was apparent in the Champions League semi-final second leg last week in Manchester as Guardiola's City overcame what little resistance the Ligue 1 side could offer.

With Lille in pole position to win the domestic French league, PSG will turn their attention to the French Cup as they face Montpellier in Tuesday's semi-final with reports from Paris suggesting that the French striker may make an appearance at the Stade de la Mosson.

After renewing Neymar's deal, PSG are also looking to extend Kylian Mbappe's deal as the 22-year-old France striker's contract expires at the end of next season but talks between both sides have believed to have broken down.