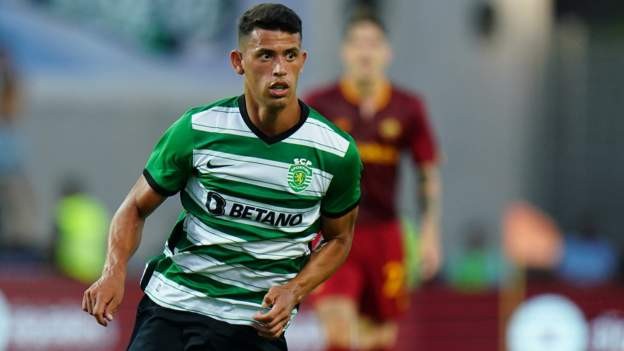 Nunes, 23, has been on the radar of many leading clubs in Europe.

Personal terms are still to be agreed but Wolves are hopeful of concluding what would be a major coup for the club.

Nunes has eight caps for his country and is expected to be part of the squad for this year's World Cup.

Since signing for Sporting in January 2019, Nunes has made 76 appearances in Portugal's Primeira Liga, scoring seven goals.

He also scored and provided an assist in Sporting's first two games this season.

Completing the transfer, which would surpass the £35.6m paid to Porto for Fabio Silva in 2020, may help ease some of the tension building up within Wolves' fan-base.

After achieving promotion and successive seventh-placed finishes, Wolves dropped to 13th position in the Premier League 2020-21.

And, although Bruno Lage enjoyed huge success in the first half of his debut campaign as manager, the club failed to win any of their last seven matches last season and eventually finished 10th.

The exit of long-serving duo Conor Coady and Roman Saiss - and a relatively slow transfer window for new signings - has attracted criticism of the club's Chinese owners from supporters, even though the club spent £20.5m on Burnley defender Nathan Collins and, last week, £27.5m on Portugal forward Goncalo Guedes.

Wolves currently lie 14th in the table having opened their season with a defeat at Leeds and a fortunate home draw with Fulham as Aleksander Mitrovic had a late penalty saved.