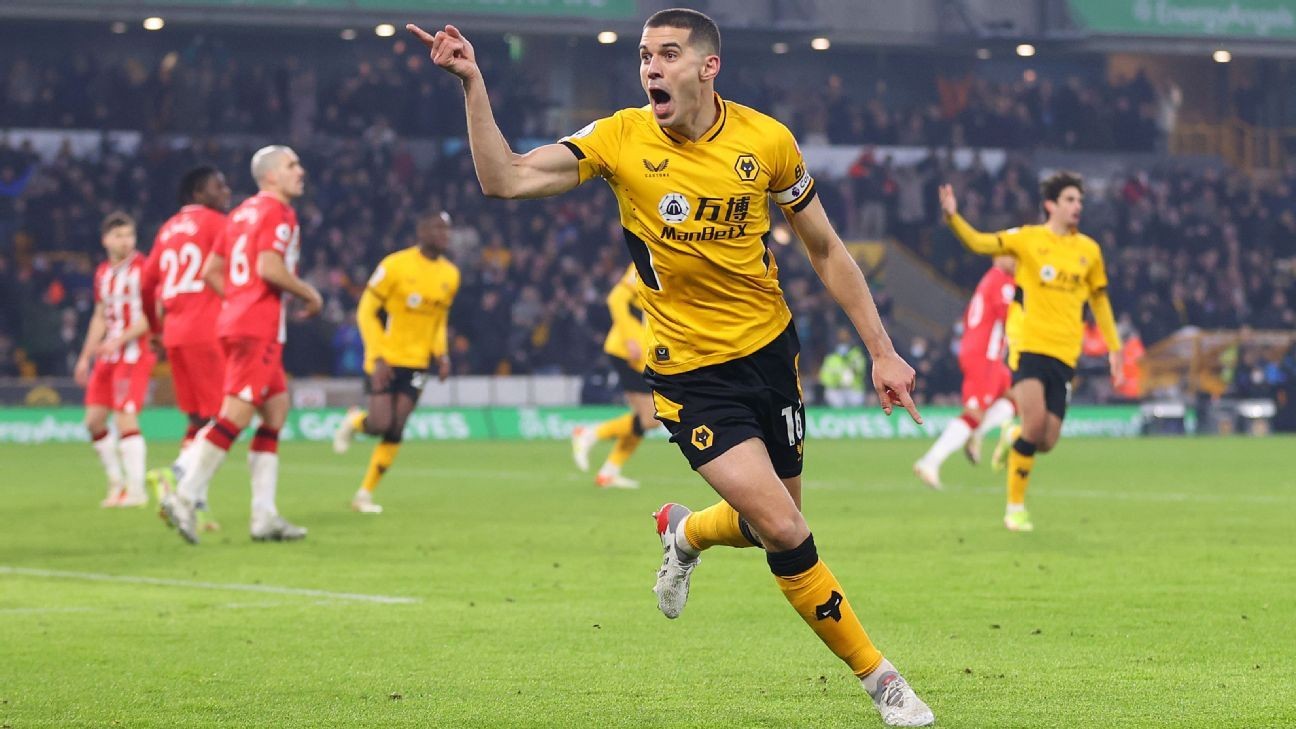 Conor Coady will spend the season on loan with Everton from Wolves. Catherine Ivill/Getty Images

Everton announced on Monday a season-long loan deal with Wolverhampton Wanderers for captain Conor Coady, who has played 10 times for England.

The 29-year-old Coady started his career across the city with Liverpool, but said he was "desperate to come here, to play for this club. I've got family and friends who are massive Evertonians."

Everton's need for a central defender grew when Ben Godfrey, another England international, injured his right leg on Saturday in a 1-0 home loss against Chelsea. Godfrey had surgery on a fractured fibula and is set to be out for three months, Everton said.

Godfrey suffered the injury on Saturday as he made a last-ditch recovery tackle following a poor pass and the 24-year-old was taken off the pitch and straight to a hospital.

"Ben Godfrey underwent successful surgery this morning on the fractured fibula he sustained," Everton said. "The defender will now begin rehabilitation at Finch Farm under the care of the club's medical team and is expected to be out for around three months."

Everton said defender Yerry Mina suffered an ankle ligament injury in the second half of the game and will see a specialist this week to discover the full extent of the problem.

The Merseyside club, who are without injured striker Dominic Calvert-Lewin for up to six weeks, travel to Aston Villa on Saturday.

Information from Reuters and the Associated Press was used in this story.